After losing his title at Bellator 258, what’s next for Juan Archuleta? 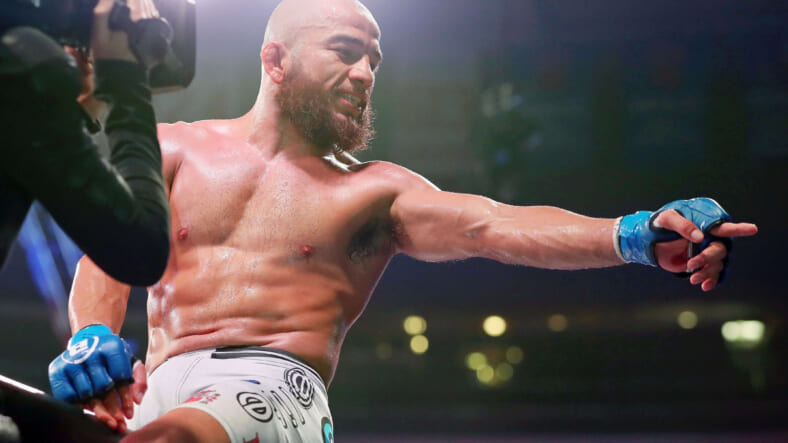 This past Friday night at Bellator 258, Juan Archuleta (25-3) was attempting to defend his bantamweight title for the first time. Standing across the cage from him was Sergio Pettis (21-5) who was looking to stay undefeated in Bellator.

Since making his debut with the promotion back in 2018, Juan Archuleta had gone 7-1 in Bellator. His lone loss came to Patricio Pitbull when he moved up to featherweight to try and become a world champion.

However, his natural weight class was always 135. Late last year, he got his shot at the bantamweight title. Archuleta defeated Patchy Mix and became the undisputed bantamweight champion for Bellator.

However, he had a tall task in front of him for his first title defense. Sergio Pettis has really been coming into his own and he was ready to take the 135 pound title on Friday night.

When the fight started, Archuleta was trying to use his footwork and activity to frustrate Pettis. However, Pettis was having none of it and he was catching Archuleta clean coming in with counters. While Archuleta found some success, Pettis was just getting the better of him.

Ultimately, all three judges gave the fight and the Bellator bantamweight title to Sergio Pettis. Archuleta suffered just his third career loss and ultimately came up short in his first title defense.

With that, he will have to fight a top contender next. Earlier today, I wrote a piece on what I thought would be next for Sergio Pettis. Bellator has some decisions to make in terms of his next title defense.

Right now, I think the two leading candidates for a title shot are Raufeon Stots (16-1) and Magomed Magomedov (18-1). One of those two men will likely get a crack at the Bellator bantamweight title next.