After Bellator 285, will Benson Henderson get his fairytale ending? 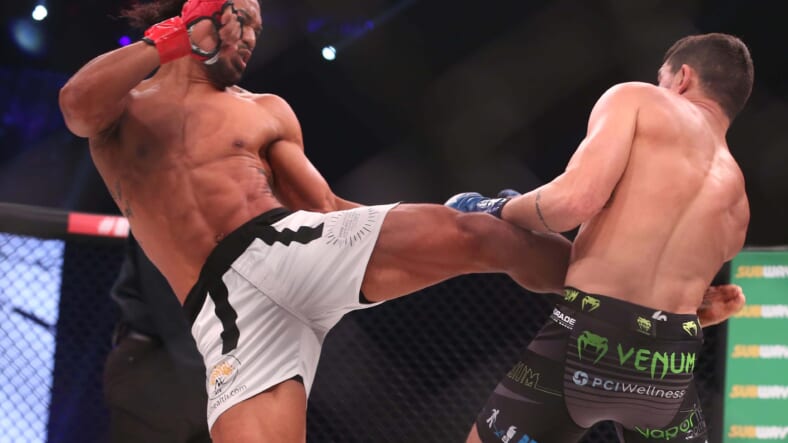 Over the weekend, Bellator returned to Dublin, Ireland for one of the best shows they’ve put on in some time. In the main event, former UFC lightweight champion Benson Henderson (30-11) took on the hometown hero Peter Queally (13-7).

Henderson will be turning 39-years-old in November. He understands that this is his last hurrah and he’s made it clear that he wants to go out with Bellator gold. Gold that has eluded him since he made the jump from the UFC years ago.

Henderson made the walk coming off a split decision win earlier this year. That win snapped a three-fight losing streak. However, given his name and the level of opponent he was taking on, the general thought was that Henderson could get a title shot should he beat Queally.

Well, that’s exactly what he did on Friday. Henderson used his grappling and beautiful timing to fluster Queally all night. Everything was working for Henderson and he ultimately scored a lopsided decision win against Ireland’s Queally.

After this latest win, Henderson’s attention will turn to November and Bellator 288. In November, lightweight champion Patricky Pitbull will take on the undefeated Usman Nurmagomedov.

Henderson has history with the current lightweight champion. The two men fought back in 2017 with Patricky edging him out by split decision. No doubt about it, Henderson would love to get that fight back.

Meanwhile taking on Nurmagomedov presents a different kind of intrigue. The old lion taking on the undefeated young champion. Sounds almost like a movie. Well, Henderson is trying to end his career like the ending of a movie.