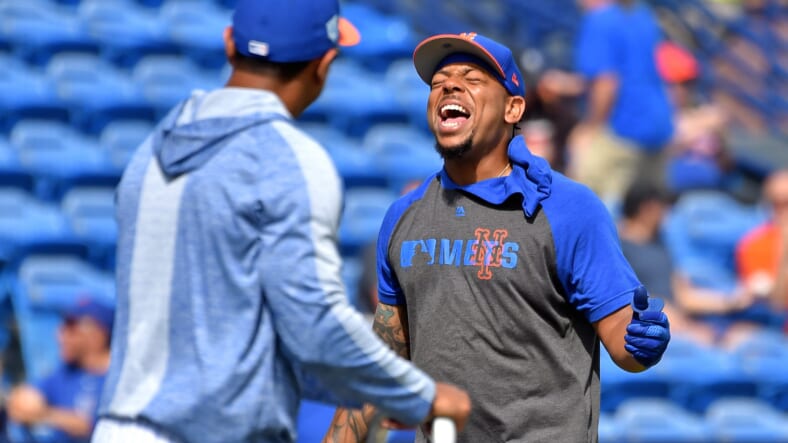 Rojas’ name first came up in rumors last May. That was when the Mets first thought about firing Mickey Callaway, according to reports. Many fans at the time thought if any change were to be made then bench coach Jim Riggleman would take Callaway’s spot.

To the surprise of many, the media reported that if the Mets made a change it would likely be quality control coach Luis Rojas who would assume the position.

That never happened though, Callaway finished the year before being fired. That was when a full-blown managerial search began and Luis Rojas got major consideration. According to reports, Rojas made it to the final round of the interview process but fell short.

That shouldn’t come as a surprise when you look at his resume. Rojas has eight seasons of minor league managerial experience under his belt. During that time he managed twelve players who are currently on the Mets roster, including Pete Alonso, Jeff McNeil, Brandon Nimmo, and Jacob deGrom.

If all of that is good enough to get a manager interview, why not a bench coach interview? It would seem to be the next step in Rojas’ career and development as a coach. So, why hasn’t his name come up in consideration?

The likely reason is that the Mets simply want an experience NL manager or bench coach to help their inexperienced manager Carlos Beltran.

The evidence supports such a claim. Three names have been connected to the Mets bench coach position at this point, Fredi Gonzalez, Jerry Narron, and Ron Wotus.

Ron Wotus is a long-time Giants coach having been there since 1998. He was the Giants bench coach from 1999-2017. He’s also won two Manager of the Year awards in the minor leagues. That’s a strong resume, but Qotus has no connection to the Mets or Beltran. That might be one reason why Wotus has decided to stay in San Fransisco instead of compete for the Mets bench coach job, according to reports.

Fredi Gonzalez has been a manager in the NL East for a decade. He’s also been a third base coach for many years. He left the Marlins’ organization at the end of the 2019 season to pursue other opportunities. He would make a lot of sense as a mentor for Beltran due to his lengthy time as a manager and history as a tactician.

Jerry Narron has a long history as a manager and bench coach. Having spent years at both positions. However, he has never stayed in one place for too long. He was just fired by the Diamondbacks after three seasons as their bench coach. It doesn’t seem to make much sense that the Mets would grab Narron after a failed season.

However, Rojas has something that none of these other candidates has, a connection to the team and players. He’s spent his entire coaching career with the Mets. He’s also a rising star coach that has the look of a future major league manager. He fits the mold of what a modern bench coach should be. So it’s a little surprising to not see him in consideration.