The Legacy of Hinchliffe Stadium Part IV: What Lies Ahead 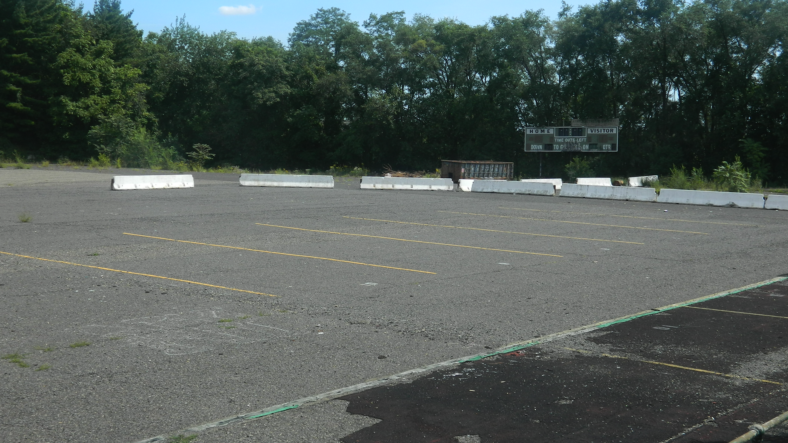 ESMâ€™s four-part series on Hinchliffe Stadium concludes with a look ahead to the future, as advocates remain hopeful for brighter days ahead.

It is, perhaps, all too appropriate that the fight to save Hinchliffe Stadium is fueled by resilience and perseverance. Those who made their names on the stadiumâ€™s naturally surfaced baseball diamond displayed the bravest and most vital forms of the traits during their Negro League endeavors, forever changing the course of professional baseball in Paterson, NJ, and beyond.

However, the stadium sits vacant, an eyesore in an otherwise picturesque setting of the Paterson Great Falls National Historical Park. Aging since its abandonment through bureaucratic follies in the 1990s, Hinchliffe Stadium supporters, on both the local and national levels, press on to preserve a facility that carries the spirits of heroes in both athletic and social realms.

â€œIt becomes a teaching moment for us,â€ Bob Kendrick, the President of Kansas Cityâ€™s Negro Leagues Baseball Museum, said of the importance of restoring Hinchliffe. â€œThe more that we can establish these kinds of moments where we help educate people and, hopefully in the process, sensitize them to the importance of culture and heritage, to the diversity, the inclusion, the equity, thatâ€™s so important. The fact is that those elements are embedded inside the story of Black baseball in this country and Hinchliffe was a focal point of the story of Black baseball. Itâ€™s all about connecting the dots.â€

The efforts of these supporters on the intersection of Liberty and Maple Streets may finally be paying off.

After decades of waiting and administrative gaffes, progress is finally being made. Earlier this month, the restoration effort was granted over $67 million in state tax credits, awarded through the New Jersey Economic Development Authority. These funds are set to be used on a multi-faceted rebuild that includes housing for senior citizens and a multi-storied parking garage. If all goes according to plan, ground could break next month to coincide with Opening Day for the 2021 MLB season, with a potential opening of August 2022.

Brian LoPinto, a co-founder of the Friends of Hinchliffe Stadium, is pleased to see the progress after several false starts. Heâ€™s hoping this is just the beginning of the change, suggesting other changes like renaming the facility to something along the lines of â€œLarry Doby Field at Hinchliffe Stadiumâ€ in honor of the local legend that broke the American League color barrier in 1947.

Having played a strong role in the restoration process through awareness-raising and grant-writing, LoPinto has seen false hope before, but remains hopeful for this new cause, one that he believes was afforded to Paterson through both timing and its significant role in national African-American history.

Heading the restoration project is Baye Adolfo-Wilson. The former Deputy Mayor and Director of Economic and Housing Development of Newark who grew up in Paterson and graduated from Kennedy High School as a track star, whose Knights starred in local endeavors on both the natural surface and Astroturf that has long vanished. His new plans for the stadium also include a restaurant and event space that pays tribute to the Negro Leaguesâ€™ expansive history and he also hinted that professional soccer could find a home in the new setting.

A vocal advocate of social causes, Adolfo-Wilson was drawn to the project through its transformative potential. With no jobs available in Paterson in the 1980s, Adolfo-Wilson turned to military service. He believes his involvement in the Hinchliffe transformation could revitalize whatâ€™s been characterized as a downtrodden city. John Regan, another former local athlete turned retired insurance examiner for the state, played baseball within the fences. He believes that â€œbad managementâ€ was the biggest factor in its current state of disrepair.

Adolfo-Wilson believes that his efforts will not only spearhead change in Paterson, but also raise awareness to the African-American communityâ€™s unjust struggle and subsequent perseverance in this country.

â€œI had gone into the Army not because I was super patriotic, but because I needed a job, I needed money for college,â€ Adolfo-Wilson said. â€œThere were so many Black and brown men and women like me who had gone into the military because, at home, there were no opportunities for them. So I was committed to doing something in Paterson.â€

â€œThereâ€™s a lot thatâ€™s changed, thereâ€™s a lot that still needs to change. I think the historical aspect of doing a restoration of a Negro League baseball stadium is significant to tell the history. People donâ€™t know that there were Negro Leagues and that there was a team called the New York Black Yankees, the New York Cubans. The color line that Jackie Robinson and Larry Doby conquered is a significant point in the modern civil rights movement. I think itâ€™s important that people know that this history of discrimination and segregation, and the consistent work thatâ€™s been done by Black folks to overcome it isnâ€™t something thatâ€™s just started. Itâ€™s been going on for centuries.â€

With any luck, through the efforts of LoPinto, Adolfo-Wilson, and many, many, more, Hinchliffe now has the resources and support to stand for the next century and more.

To the naked eye, itâ€™s hard to believe that such a dilapidated facility has gained such a following, how a long-abandoned facility is worth saving. But a deeper look into this process shows a truth thatâ€™s prevalent in most walks of American life that is hidden beneath some ugly layers: itâ€™s rarely any political figure that makes America great, especially in these social causes and calls for change …itâ€™s We the People.

One of the brightest shrines to this concept may yet have its chance at enlightenment in the near future.

Special thanks to Baye Adolfo-Wilson, Larry Doby Jr., Bob Kendrick, Brian LoPinto, John Regan, and Jimmy Richardson, all of whom played major roles in the history and documentation of his process.