Rick Porcello and the New York Mets: A match made in dreams 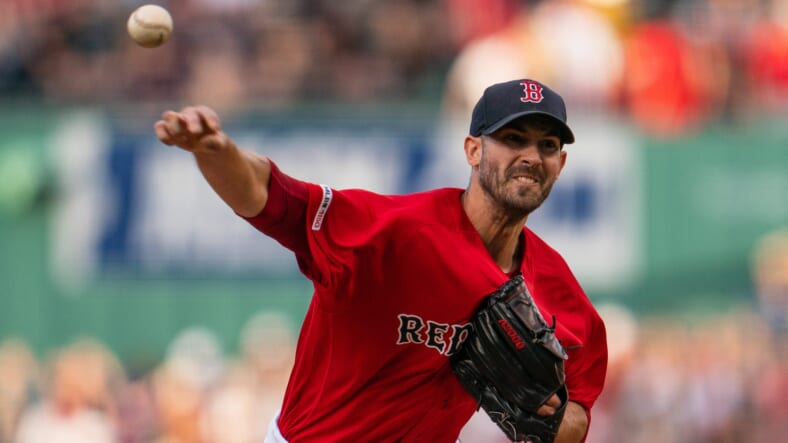 In a very entertaining interview with the New York Metsâ€™ official Youtube channel, right-handed hurler Rick Porcello explained what itâ€™s like to play for his childhood team.

Yes, Porcello grew up as a Mets fan. Itâ€™s not often that a player gets to defend the colors of his favorite team. As it turns out, this simple, seemingly uncomplicated Jersey guy will get to do just that.

When questioned about why he chose to join the Mets, he praised the teamâ€™s highly competitive nature. He said that one of the reasons he signed was â€œwatching from afar the group of guys that they had and the resiliency they showed. They had a great year and a good foundation, a core. They were on the cusp of getting to the playoffs.â€

â€œThe most important thing for me is winning and this is one of the best opportunities for me to do that,â€ he explained.

It is not a secret that Porcello, born 31 years ago in Morristown, New Jersey, loves the team. â€œI grew up a Mets fan, only an hour away from the stadium. I still live an hour away in New Jersey. Itâ€™s great to be here. To be able to come home and be a part of the organization I dreamed about my entire life feels a little surreal to me,â€ he said.

Porcello explained that when he was a teenager, he collected happy memories from the 2000 season, the one of the â€œSubway Series.â€

â€œI remember the 2000 season, some of those games were too late for me. I used to knock at my parentsâ€™ door at 5 am to see what the score was.â€

He idolized Mike Piazza and Al Leiter growing up. â€œPiazza is a legend, I got to see him hit a home run at Shea Stadium when I was 12. Leiter was another Jersey guy, I loved watching him compete, his fire,â€ he stated. He also liked John Franco.

Now, he will get to play in one of them. He will try to make the rotation and improve on the 5.52 ERA he had last year with the Boston Red Sox. The righty will share the rotation with Jacob deGrom, Noah Syndergaard, Marcus Stroman, and whoever wins a spot between Michael Wacha and Steven Matz.

â€œI am very excited to pitch alongside these guys. I am sure I can learn a lot from them. We can feed off each other and get better.â€ Porcello is saying all the right things. His marriage with the Mets is about to a great start. It is, truly, a match made in his dreams.