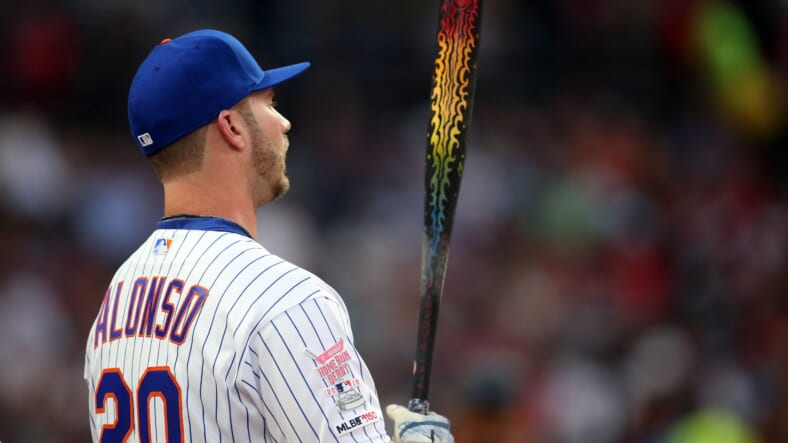 Last season, New York Mets‘ fans couldn’t see their team advance to the playoffs despite a late push in August and the first half of September. However, they enjoyed the season for several seasons, and the primary one was probably the rise to stardom of one of the organization’s prized rookies: Pete Alonso.

In his first season in the Big Show, the Mets’ first baseman hit only .260, but had a league-leading 53 home runs (which broke the record for a rookie set by Aaron Judge in 2017) and drove in 120 runs.

With 2020 in mind, who are the primary candidates to displace Alonso as the Home Run King in the National League? Here is a look:

Yelich was well on his way to surpass 50 home runs when an injury ended his season prematurely. He was perhaps on a similar pace than the New York Mets’ youngster. With 44 dingers in only 130 games, Yelich has developed into a truly dangerous hitter and is perhaps the strongest candidate to lead the league in 2020.

Bellinger knocked 47 balls out of the park in 2019 and has the kind of sweet, short and powerful swing to be among the home run leaders for years to come.

A perennial 40-home run hitter who plays his home games in Coors Field, Nolan Arenado is a no-brainer in this list. Don’t be surprised if he hits a similar number of home runs than the Mets’ star.

That said, he has the potential of doing whatever he wants at the plate. If he wants to hit more balls out of the park, he is in the right organization: the Nationals are known for embracing concepts like launch angle and they know the value of a well-struck fly ball.

Soto’s batted ball profile is perfect as it is (21.2% line drives, 41.6% grounders and 37.2% fly balls, with plenty of hard contact) but if he so decides, he can lift his swing a little bit more and enter the truly elite when it comes to sluggers.