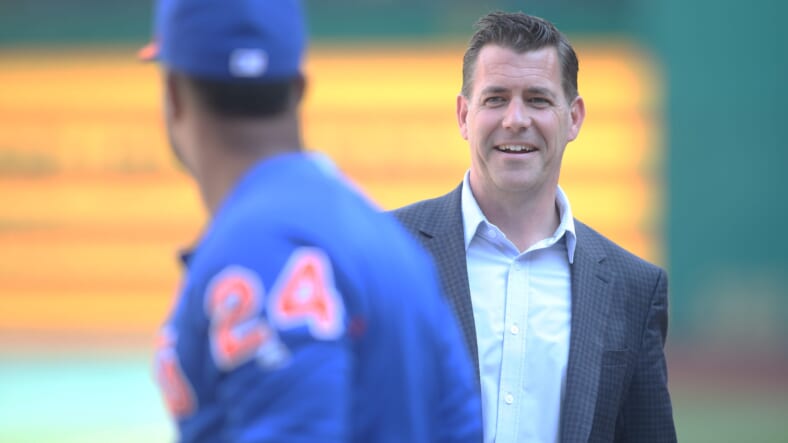 Suozzi is a Glen Cove, N.Y. native and a Boston College outfielder. His father is a congressman who represents a portion of Queens, very close to the New York Mets’ home: Citi Field.

According to MLB.com’s Anthony DiComo, the deal is not yet official and thus hasn’t been confirmed by the team. However, Boston Collegeâ€™s athletic department announced it late Monday.

About Suozzi, DiComo writes that he is originally an unrecruited walk-on at Boston College. He hit .414 with one home run and 16 RBIs in 15 games as a senior before coronavirus concerns cut short the NCAA season. In 2019, he slashed .282/.363/.423 with three homers in 48 games.

The Mets took advantage of a larger player pool

The draft, which took place last week, lasted only five rounds, so the free agent player pool is a lot bigger this year. However, teams can only sign free agent players for a maximum of $20,000.

Earlier in the week, the Mets had signed undrafted outfielder Brandon McIlwain and pitcher Drake Nightengale in separate transactions.

“An athletic outfielder, McIlwain also started football games at quarterback for both Cal and the University of South Carolina, which he attended as a freshman. As a sophomore at Cal, McIlwain came within two rushing touchdowns of the schoolâ€™s record for a QB. He is a Pennsylvania native,” MLB.com wrote.

“Nightengale, a 6-foot-0 right-hander who announced his deal on Twitter, ranked fourth in the Sun Belt Conference with a 3.52 ERA and 91 strikeouts as a junior. His college bio lists Jacob deGrom as his favorite player; now, Nightengale could soon have a chance to meet him.”