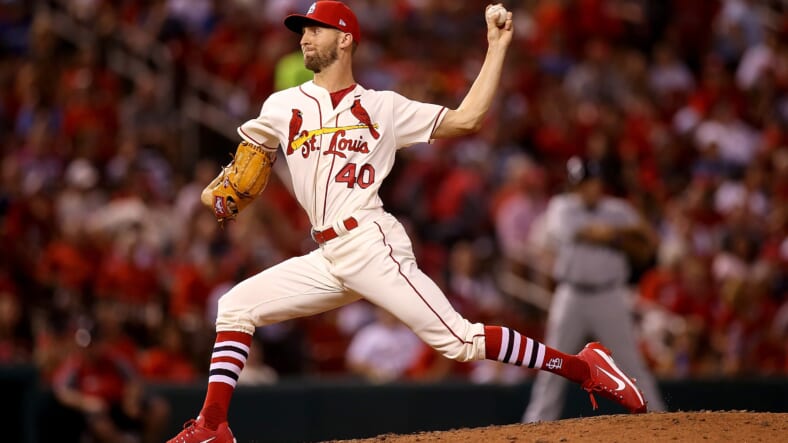 The New York Mets have made their first move of the offseason. They have signed Chasen Shreve to a minor league deal.

The Mets have signed a former Yankee to help their bullpen, according to Jon Heyman.

Mets have agreed to terms with Chasen Shreve on a Minors deal. Spring invite for experienced reliever.

Shreve began his career with the Atlanta Braves, where his first manager was Mets’ bench coach candidate Fredi Gonzalez. In his rookie year, Shreve pitched to a 0.73 ERA and 1.43 FIP.

Shreve has found a way to succeed while being a true three outcome pitcher. Meaning the most likely outcome in any at-bat with Shreve on the mound is a strikeout, walk, or a home run.

Shreve mostly uses two pitches, his fastball and his splitter. He throws those two pitches 86.5% of the time over his career. The issue is that Shreve lost two MPH on both pitches in 2019. That’s not a great indication that he could be due for a bounce-back year.

There is good news for Shreve though. For his career, he’s allowing just a 30.7% hard-hit rate. That’s very good, and would have been tied for second on the team in 2019 with Justin Wilson, the only one better was Luis Avilan who is now a free agent. That’s reason to believe that if Shreve can throw strikes that he could succeed as a major league reliever again.

The bad news is that since 2017 Shreve has become a fly ball pitcher. With home runs flying out of the park at a record rate Shreve’s fly ball tendencies should scare fans. The hope is likely that since Citi Field is a pitcher’s park and Shreve doesn’t tend to give up hard-hit balls the ball will stay in the park. That thinking might work, but it’s far from certain.

This is the first move in a long offseason for the Mets. It’s good to see that the first move addresses the bullpen, but it’s not a move that should instill faith that the team is seriously looking to improve the embattled unit.