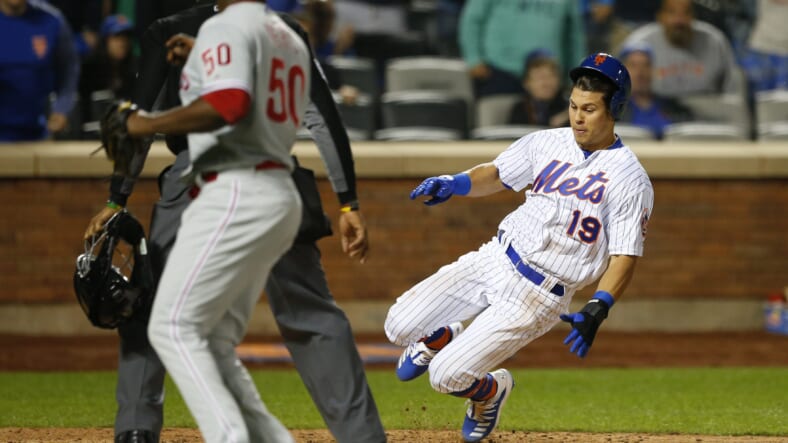 Also, MLB announced the times for the opening series against the Washington Nationals.

Here are the New York Metsâ€™ news and rumors:

MLB Trade Rumors: The New York Mets had to make a roster move to make room for Dellin Betances. They had designated infielder/outfielder Sam Haggerty for assignment a few days ago.

The DFA tag allows a team to trade, release, or put a player on waivers. In the last few hours, though, the Mets decided to release the utility player.

Haggerty will be able to talk to other clubs but it is possible he returns to the Mets on a Minor League deal. He is 25 years old and made his MLB debut in 2019.

MetsMerizedonline.com: The New York Metsâ€™ opening game of the 2020 season will be on March 26th. Carlos Beltranâ€™s squad will face off with the reigning champs, the Washington Nationals, at 1:10 as a part of a triple header on ESPN.

MLB.com: The leagueâ€™s official website made a rundown of the NL Eastâ€™s top catchers. They correctly identified the Philliesâ€™ J.T. Realmuto as the divisionâ€™s best. They wrote that the Mets have a solid offensive performer in Wilson Ramos, but that his framing is suspect and his defense is â€œaverage at best.â€ Tomas Nido is his primary backup.

Metsminors.net: Former major league infielder Reid Brignac was appointed as the new manager of the Metsâ€™ Class-A affiliate, the Columbus Fireflies. Jerome Williams will be the pitching coach and Mariano Duncan the hitting coach.