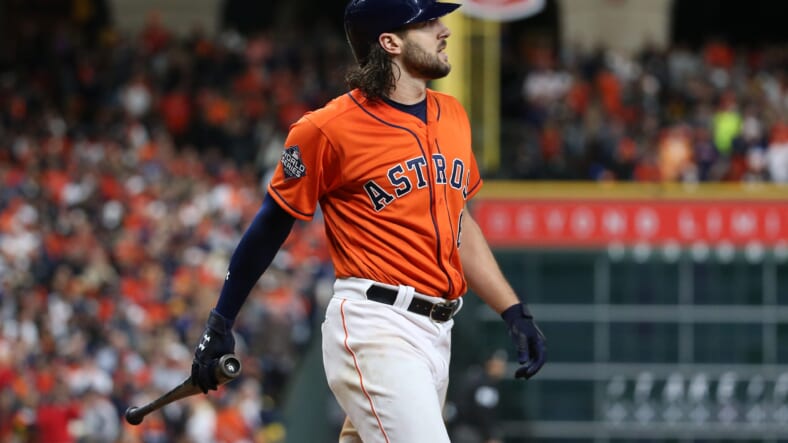 Earlier in the week, Yankees’ star shortstop Gleyber Torres said that the Houston Astros’ sign-stealing scheme also took place in 2019. The Astros beat the Bombers in the American League Championship Series last year in six games. What does this have to do with the New York Mets?

Well, the Mets currently employ a former member of the 2019 Houston Astros. Over the winter, they traded for center fielder Jake Marisnick.

Replying to Torres’ comments from the Mets’ training camp in Port St. Lucie, Marisnick made sure to put the rumors to rest.

Marisnick adamantly denied the assertion that the Astros cheated last season, as well. He didn’t provide many details, but said that they didn’t do it in 2019.

“Iâ€™m not going to get into all that, but no, we didnâ€™t,” Marisnick said to the New York Post. He was allegedly unaware of Gleyber Torres’ comments.

The Mets acquired Marisnick in early December to play center field, a position he is going to share with Brandon Nimmo.

He is right-handed and handles lefties quite well. They sent prospects Blake Taylor and Kenedy Corona to the Astros in return.

After a thorough investigation by Major League Baseball, the Commissioner’s office fined the Houston Astros with the loss of four early-round draft picks, $5 million dollars, and suspended general manager Jeff Lunhow and manager A.J. Hinch for a year. The team subsequently dismissed both of them.

The New York Mets had to fire manager Carlos Beltran a couple of months after hiring him because he was involved in the scandal.