New York Mets’ J.D. Davis is ahead of schedule regarding his shoulder injury 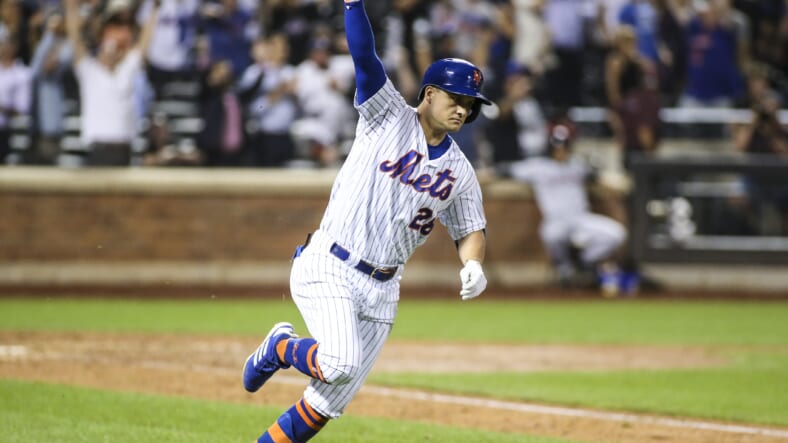 While playing a Grapefruit League game a week ago, New York Mets‘ third baseman/outfielder J.D. Davis tried to make a fielding play and jammed his shoulder. Fear took over the team’s camp, but an MRI showed no new structural damage other than an old injury.

However, he hasn’t played since last Tuesday, when the injury happened. Doctors said he would be reassessed in a week, and while his opening day availability was in doubt, the injury wasn’t serious.

The Mets, however, got some good news to share. Davis is ahead of schedule in his recovery from his jammed left shoulder. He has been doing baseball-related activities for a couple of days now.

Among those activities are, per MLB.com’s Anthony DiComo, hitting in the cage, which is one of the final hurdles he needed to clear before thinking about returning. Now, Davis should be a few days away from suiting up and playing games again. He remains without an exact timetable, though.

The primary thing is that he avoids any setbacks, because that would cause his return date to extend a couple of weeks at least.

One of the Mets’ revelations

Having Davis back soon would be huge news for the New York Mets. Yoenis Cespedes isn’t ready to play yet, and therefore, Davis is expected to be the team’s primary left fielder the minute he returns to the field.

While he doesn’t excel at any defensive position, he has worked hard to be a competent left fielder and will be called upon to man the hot corner on occasion, as well in the days that Robinson Cano needs a break (Jeff McNeil would slide to second.)