New York Mets: Does Pete Alonso have what it takes to be captain one day? 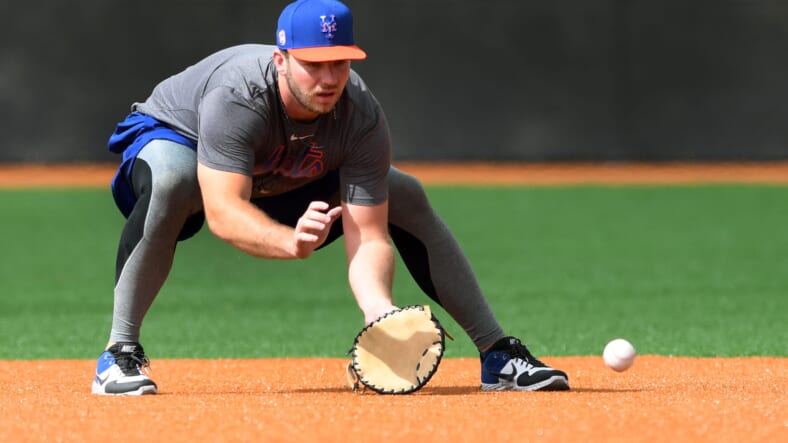 In a matter of a few months, New York Mets‘ slugger Pete Alonso was crowned the NL Rookie of the Year, the league’s home run king with a record for rookies (53 blasts), he has brought joy to a longtime Mets fan, he has crashed a Zoom high school class, he has created his own foundation to help in times of crisis, and he has managed to captivate an entire city.

The Mets’ first baseman plays with passion and joy and his confidence, passion and leadership leave us all wondering: is he future Mets’ captain material? All of those traits remind us to a team legend: David Wright.

Whereas Twitter didn’t exist when Wright broke into the scene, Alonso has taken that resource to his advantage, constantly interacting with fans. He even popularized a hashtag to support the New York Mets: #LFGM.

All of that has created a background voice among fans that is slowly, but surely growing: his case to be captain some day is beginning to materialize.

The last Mets’ captain, Wright, spoke about the subject on the Metrospective Podcast with Pete McCarthy and Tim Britton.

Leading the Mets by example

For years, Wright was a star on the field. However, he also led the Mets by example, something that Derek Jeter did in his time with the Yankees.

“It isn’t going around and being the loudest guy or being the biggest talker or anything like that,” Wright said. “It’s just being genuine. … the guys that I looked up to as a rookie or my first couple of years were guys that led by example. Put the work in behind the scenes. If something needed to be said, pulling them aside — not in front of the cameras and the media. And dealing with your business that way. So those were the types of guys that I followed when I was a younger player and that’s the type of leader that I wanted to be.”

“I was gonna go out there and play the game hard, play the game the right way, prepare correctly, and hopefully guys followed that.”