New York Mets: Can Yoenis Cespedes make the transition to full-time DH? What do the numbers say? 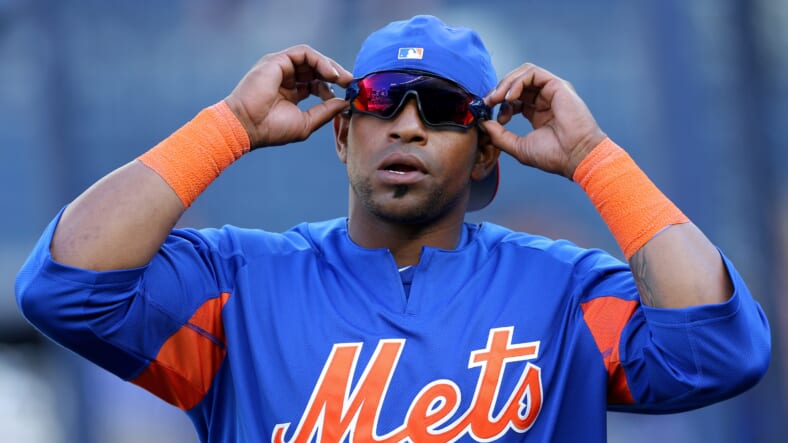 For years, people have assumed that a player can make the transition from playing to field to occupying the designated hitter (DH) spot seamlessly. Some ballplayers have said over the years that it isn’t as easy as it sounds, as they have grown used to wear a glove and defend their position for a lifetime. For the New York Mets, if there is a universal DH this year (and if there is a season, of course) one has to wonder, who are the candidates to DH? Can they make the “conversion”?

Let’s talk specifically about Yoenis Cespedes. The Mets signed him to play the outfield, and four a couple of years, he did. He wasn’t particularly bad, but he wasn’t good out there. That, and the fact that he hasn’t played the outfield in nearly two years because of ankle and heel injuries make him a natural candidate to occupy the DH position.

Will his timing be affected by the change? Only time and sample size will tell, but according to Tim Healy of Newsday, here are his numbers from the DH spot:

Given the fact that he has a career slash line of .274/.328/.498, we can say that the Mets’ 2015 hero has been comfortable while hitting and not fielding. He has even shown increased power as his slugging percentage indicates, but the sample size isn’t very large.

The Mets have weapons and options

The most likely scenario is that Yoenis Cespedes isn’t the everyday designated hitter of the New York Mets, but he figures to see most of his playing time there. However, the team does have some other pieces that make sense in the position, the most notable case being JD Davis.

Like Cespedes, Davis is a bat-first, no-glove player that is best deployed at the DH spot. Robinson Cano will likely see a start or two per week in the DH position too, given the fact that the Mets will also want to keep his leg muscles well-rested.

Pete Alonso could be spared every once in a while with a DH start, and Dominic Smith’s bat can also be used in the position. There are several paths, but right now, if Cespedes is healthy and in a groove, the Mets should use him at their DH most nights.