Major League Baseball and the injustices against African Americans, a voice is needed 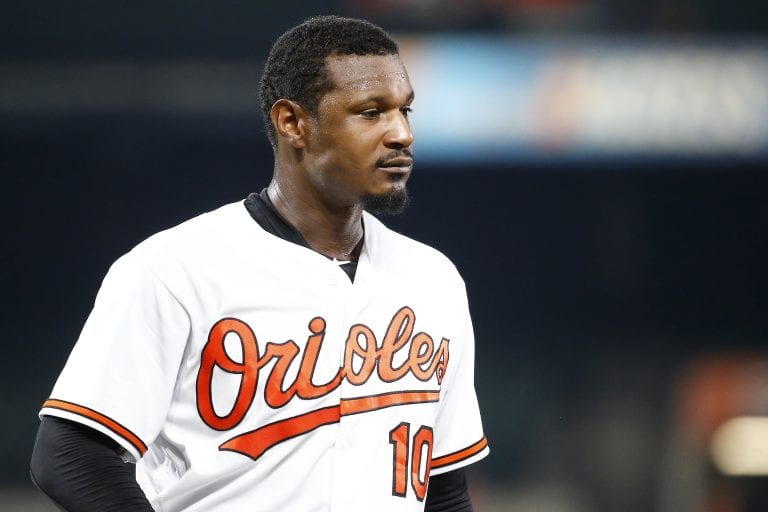 As a fan of the New York Yankees and MLB in general, over the years, I have often wondered why there are so few African American players.  This is a sensitive question, and an old, somewhat privileged white man is probably the last person who should address this question, but I feel compelled to at least start a discussion on the subject.  When I say privileged, what I mean is I am white in a culture that celebrates white men and women, and often looks at other skins as out of the mainstream and suspect.

I don’t begin to suggest that I fully know what a black, Latino, or yellow-skinned person goes through daily just because of the color of their skin. I am a retired business owner that has employed people from all walks of life.  I don’t have a lot of black friends as I have never lived in an inner-city situation.  But I have one black male friend in particular that I have been close to for over thirty years.  In recent years we have had some profound conversations as to what it is like to be black. I only point this out to say I may have some knowledge some may not have.

Getting back to MLB, I remember discovering when I was much younger that there was a Negro league and there were famous players like Satchel Paige, Josh Gibson, and Gus Greenlee.  During the Golden Age of black ball(1920-1950), the Negro leagues had as many as seven leagues that primarily hired black players and, to a lesser degree, Latins.

Those leagues deteriorated little by little for three reasons.  One, World War II took a disproportionate amount of young blacks out of baseball, leaving mostly older players.  Lack of fans in the stands and the eventual integration of black players like Jackie Robinson into the major leagues. Black owners also found out that selling their best players to the majors was financially lucrative, so for these and other reasons, the Negro Leagues disappeared into oblivion.

When integration in  MLB started, it was slow as teams like the New York Yankees looked for black talent that was acceptable to fans.  Players like Elston Howard who was nice, quiet, and a gentleman. It gained him complete acceptance from every Yankee.  That’s because he was black, yes, but white-like.  Many black players at the time had to stay in different hotels than the white players, but the Yankees upon hiring Howard would only use hotels that allowed blacks.

Because Howard was fully accepted, he would go on to play twelve seasons with the Yankees. He was an All-Star 12 times, a Gold Glove Award winner twice, an MVP nominee five times winning the MVP award once. On August 3rd, 1967, Elston was traded to the Red Sox. He played a year and a half with the Sox before retiring. But before retiring, he would get to play his last World Series in his home town St. Louis. However, the Cards would beat the Sox. For a black player, Howard retired quite wealthy as he had loads of endorsements later in his career.

With the acceptance of MLB black players, their numbers grew steadily from the 50s to the 80s. Still, then something happened, and their numbers declined to a point that there are practically no black players in the Major Leagues (62), while the Latinos took their place to the point there are as many Latinos as whites in the game.  There are two significant reasons for this.  South America, Mexico, and the Caribbean area have cultures that foster sports.

Why so few Blacks in American baseball? One of the factors appears to be the overall decline in youth playing baseball. In 2002, nine million kids between the ages of 7 and 17 played baseball, as reported in a 2015 Wall Street Journal article citing National Sporting Goods Association figures. That figure had declined by 41% by 2013. With participation in decline, youth leagues and teams have been forced to shut down or merge, which restricts access for poorer youths, making the sport whiter and more affluent.  Another reason is that inner-city kids, mostly black, have no place to nurture their talents.

When you look at different MLB teams, the lack of black players is alarming.  The Oakland Athletics have the most with four.  The New York Yankees with the retirement of CC Sabathia and the exit of Cameron Maybin now only have one, Aaron Hicks, and the multi-cultural Aaron Judge.  The Colorado Rockies and San Diego Padres have no black players at all, while the remaining teams have one or two.  CC Sabathia, Mariano Rivera, and some other black players are working to change this by enhancing the ability for inner-city kids to play ball by providing fields and equipment.

Baseball as a whole does not encourage players to take political stands or deal with controversial subjects that are more accepted in other sports.  As an example, many football players took a knee to show solidarity with those reacting to social injustice.  Only one MLB player took a knee (Oakland’s Bruce Maxwell), and he is no longer in baseball.  Baseball is only focused on winning, and discourse is generally not accepted, making it difficult for black players to speak out on the present national protests over injustices blacks suffer at the hands of police.  You would expect outrage by black players over the recent deaths on unarmed black men, but it just doesn’t happen for the most part.

Ken Rosenthal and Doug Glanville of the Athletic recently have had conversations with retired players. The latter are freer to express their feelings without the fear of rejection or retaliation for their families. Even the most prominent African American baseball stars rarely speak out on sensitive matters during their playing careers. The sport’s culture discourages individuality in any form, and a player who publicly addresses racism often faces a backlash.

A five-time All-Star and four-time Gold Glove winner, Adam Jones was the Orioles’ 2016 Roberto Clemente Award nominee. The award recognizes a player “who best represents the game of baseball through extraordinary character, community involvement, philanthropy, and positive contributions, both on and off the field,” according to Major League Baseball. Regardless when Jones spoke out against racial injustice in 2017, he was subjected to having peanuts thrown at him and being called the “N” word throughout a game at Fenway Park in Boston.

“I just go out and play baseball,” Jones said. “It’s unfortunate that people need to resort to those type of epithets to degrade another human being. I’m trying to make a living for myself and for my family.”

Once out of the spotlight, former MLB players are more inclined to speak out against injustice as the Athletic reporters found out.  The Zoom conversations included:

• Glanville, a nine-year major-league veteran who works for a variety of media outlets in addition to The Athletic and serves both on the Connecticut Police Officer Standards and Training Council (POST) and Connecticut State Advisory Committee to the U.S. Commission on Civil Rights.

• Jimmy Rollins, a three-time All-Star, four-time Gold Glove winner, and former National League MVP who now works as a studio analyst for TBS and broadcaster for the Phillies.

• Ryan Howard, a three-time All-Star and former NL MVP and Rookie of the Year who spent last season as a studio analyst for ESPN before leaving to focus on his business endeavors, including his sports investment firm, SeventySix Capital.

• Dontrelle Willis, a two-time All-Star and former Rookie of the Year who works as a studio analyst for Fox Sports.

• Torii Hunter, a five-time All-Star and nine-time Gold Glove winner who works as a special assistant to baseball operations for the Twins.

• LaTroy Hawkins, a 21-year major leaguer who works as a special assistant to baseball operations for the Twins.

This is dramatically edited and with only summaries some of the comments here.  If you want the whole discussion go here.

“Obviously, we’ve all been there. It’s just the culture of baseball. It’s not a clubhouse or a home where you’re actually very comfortable walking in saying those things or bringing up those things outside of your little group, three or four guys you can talk about it within the clubhouse or on the field during stretching. It really doesn’t leave that group.”

“As a player, you’re always trying to keep that clubhouse even-keeled and focused on the game. But there are plenty of times you’re going out there with something else on your mind. And having a couple of guys on the team is always good so that you can bounce that off them, so you don’t have to let it explode throughout the clubhouse if somebody does something that rubs you the wrong way.”

We’re always taught as a culture to be the bigger person. Have class. Understand the situation, not just for yourself. I always tried to be the bigger person, be a captain, be a leader. But now as I have children growing up and have seen all these things, I have more of a responsibility to myself and to my family to really teach them what’s going on in the real world, so they can have the tools and strength to live the best life they can.

As I said, this is just a smidge of the comments, but all the players interviewed in the Zoom conversation echoed the same feelings.  White players don’t have to deal with this, whereas blacks deal with fear to some degree on the field and in their everyday life, just walking down the street. Until our culture changes and realizes we are all humans, maybe of different colors and from various societies, but all the same, with the same needs of acceptance, little will change.

In my lifetime, I have seen great change, but for those that have their air cut off by a kneeling knee, that change is not fast enough.  We need leaders that will tackle the big problems and stop injustice due to differences in skin color.  We can no longer turn a blind eye to racism in America.

EmpireSportsMedia.com’s Columnist William Parlee is a member of the Society for American Baseball Research.  Follow me on Twitter @parleewilliam.