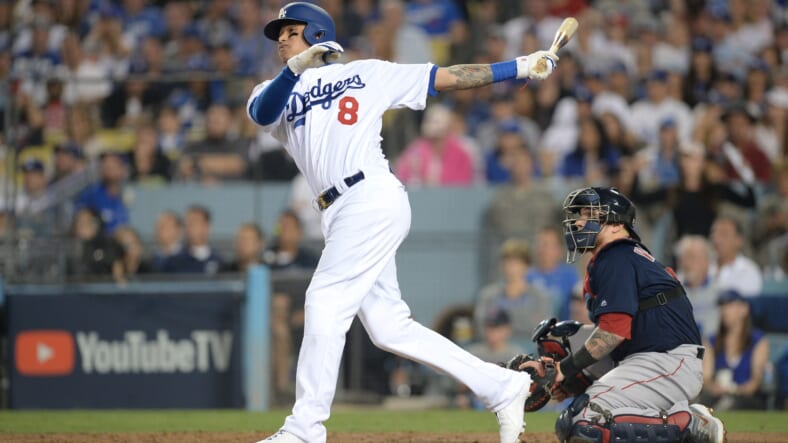 Tyler Glasnow won over the New York Yankees, but the Los Angles Dodgers took him for six runs in Game 1 of the MLB 2020 World Series. On a beautiflul night in Arlington, Texas the Tampa Bay Rays and the Dodgers took to the field to play the first game of the seven game Fall Classic. The first three innings of the game were uneventful and both pitchers put down their opponents.

Tyler Glasnow first faced trouble in the bottom of the fourth inning. With Muncy on base, Cody Bellinger hit a homer to right center, scoring Muncy for the Los Angeles lead. The Tampa Bay Rays got a run back when Kevin Kiermaier homered to right field in the top of fifth inning.

The bottom of the fifth was a nightmare for Glasnow and the Rays, as the game got out of reach. Glasnow allowed four Dodger runs in the fifth inning, and Ray’s reliever Yarbourgh couldn’t prevent two more runs, left on base by Glasnow from scoring. Meanwhile, the Dodger’s starter Clayton Kershaw sat for nearly 30 minutes. But that didn’t stop him as he pitched a scoreless top of the sixth inning.

Mookie Betts waited until the bottom of the frame to hit his first home run of the postseason, a long one to left field. Fleming in for Yarborough, struggled as he allowed two balls to the wall for the Dodgers 8-1 lead. Devin Floro took over for Kershaw in the seventh inning. Ji-Man Choi, with two on, pitch hit for the Rays causing a pitching change as the Dodgers went to Victor Gonzalez as Rays countered with Mike Brosseau, the ALDS hero. Brosseau singled, allowing another Rays run for the Dodgers 8-2 lead. Kiermaier, who got the home run against Kershaw, singled, driving in another Ray’s tun. Gonzalez got out of the inning with a comebacker double play, Dodgers 8 Tampa Bay 3. Clayton Kershaw got the win and Tyler Glasnow the loss.

Tampa Bay didn’t seem to have it altogether like they did in the ALCS. The Los Angeles Dodger’s Clayton Kershaw showed off for the Dodgers being dominant, allowing only twoÂ  hits and one earned run. Previously he had to deal with near-constant criticism about his postseason track record, he delivered six innings of one-run ball. He struck out eight batters and allowed two hits and a walk wiping away any criticism of his performance. Meanwhile Tyler Glasnow struggled throwing 112 pitches before the fifth inning. That the most pitches thrown in so few innings in postseason history, since they were tracked in 1988.

Mookie Betts did it all in the game, he scored two runs one from his homer in the sixth innings. He became the first player in World Series history with 2+ steals, a homer, and 2+ runs in a single game! But the real hero of the game was Cody Bellinger. He homered and made a fantastic over the wall catch to prevent an Austin Meadows home run.

The best of seven MLB series will continue tonight in Arlington at Globe Life Field at 8:08 pm. Tony Gonsolin of the Dodgers will face Blake Snell of the Ray. Both teams will then have a day off on Thursday as they revert back to the Rays having home field advantage for the next three games at the same Globe Life Park. A game six and seven if needed will be on Monday and Tuesday of next week.Â  For MLB the bubble in the postseason has been very successful, not a single players has come down with the coronavirus.

Belli's picking up where he left off. #WorldSeries pic.twitter.com/hV7Mc4ELnz

And Cody Bellinger throws in a robbed HR because why not pic.twitter.com/bSBos7QHXQ