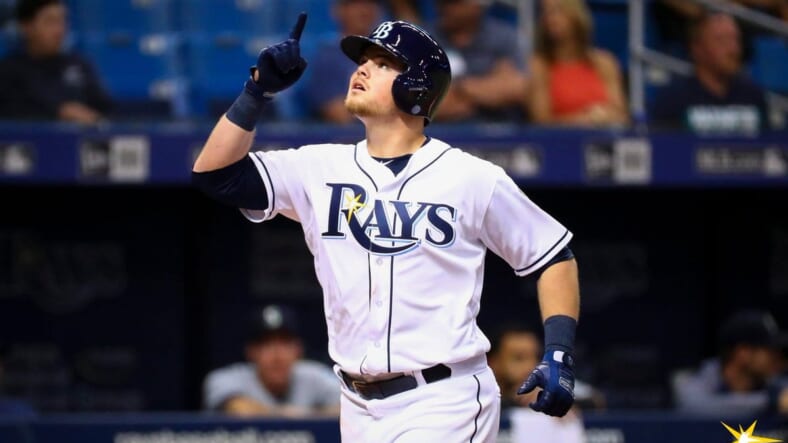 The Tampa Bay Rays took on the Los Angeles Dodgers last night behind one game in the MLB 2020 World Series. They put out co-ace Blake Snell to win it for the Rays; Snell is a left-hand hitter killer. The Los Angeles Dodgers sent out Tony Gonsolin in the hopes of continuing their winning ways. The Rays evened the series with the 6-4 win.

One out in the first inning Brandon Lowe hit a solo homer off Gosolin for the Tampa Rays early lead in the game. Then Joey Wendle drove in two with a double in the fourth as Tampa took a 3-0 lead, driving starter Tony Gonsolin out of the game. Dustin May took over for him, he allowed one on and then another homer for Brandon Lowe, and it was 5-0 Rays. Meanwhile, Blake Snell was dominant, with the Dodgers being hitless through four innings.

Snell showed his stuff as he got nine strikeouts through just the fifth innings. But Snell gave up a two-run home to Chris Taylor as the Los Angeles Dodgers got on the board and made it 5-2 Tampa Bay. A walk followed that to Mookie Betts as the Tampa Bay Rays got the bullpen warming up. Snell this year has seldom gone more than five innings in a game. Snell this gave up a hit to the hot Corey Seager moving Adames to second, and that was Snell’s night as Nick Anderson replaced him with two on base and the tying run at the plate in Justin Turner. Anderson struck out Turner ending the threat, but the Dodgers got within three.

Joe Kelly took over for the Dodgers in the sixth.Â  He gave up a single to Ray’s Ji-Man Choi. Manuel Margot singled, moving Choi to third. Joey Wendle had a sac fly scoring Choi for the Tampa Bay 6-2 lead. Margot stole second as Muncy overthrew to fist. Willie Adames struck out on a Kelly 98 mph fastball. Kevin Kiermaier grounded out, ending the inning, but the Dodgers got another run closer.

At the bottom of the frame, with Anderson still in, he gave up a homer to Will Smith drawing the Dodgers ever closer at 6-3 Rays. Now with a three-run ballgame, Cody Bellinger grounded out. Rios struck out, maintaining Ray’s three-run lead.

Entering the seventh inning Alex Wood took the mound for the Los Angeles Dodgers. Zunino grounded out. Diaz singled to Mookie Betts, Lowe who hit two homers grounded back to the Wood, Mike Brosseau pinch-hitting, struck out ending the half. At the bottom of the seventh, Pete Fairbanks, who got the save in the ALCS, took to the mound and got Pederson to fly out. Taylor struck out, and Betts fly out for a perfect inning for Fairbanks. Rays 6 and the Dodgers 3.

The eighth inning featured Wood back on the mound for the Dodgers. Margot struck out, Joey Wendle to who had two homers in the game, popped out for the second out of the eighth. Willie Adames doubled for his first World Series hit. He was left on base by Kevin Kiermaier for another good inning for Wood. At the bottom of the frame, Cory Seager homered to right, bringing the Dodgers to within two of the Rays. Justin Turner doubled, Muncy flew out, Smith lined out but knocking out Fairbanks as Aaron Loup came in to close out the inning.

Entering the ninth inning with McGee pitching and one on Brandon Lowe stuck out, followed by the Yankee killer Randy Arozarena singling, making it two on with two outs. Renfro running forÂ  Diaz. Mike Brosseau grounded out, leaving seven on base for the Rays. In the bottom with last licks for the Dodgers, With Loup back on the mound, Rios struck out. Austin Barnes flew out, and Loup was replaced by the Rays closer Deigo Castillo who had been warming to get the final out. Austin Taylor struck out, and that was the game as the Rays got their revenge and tied up the World Series at one game apiece.

Tomorrow night is a game night off; Friday’s game will be at Globe Life Field in Arlington, Texas. It will feature a matchup between Ray’s veteran Charlie Morton facing the Dodger’s Walker Buehler at 8:08 pm on the Fox Network. Joey Wendle was the star in the game with two homers, and three runs were driven in. Nick Anderon took the win, and Gonsolin taking the loss. Deigo Castillo got the save in the 6-4 win for the Tampa Bay Rays.