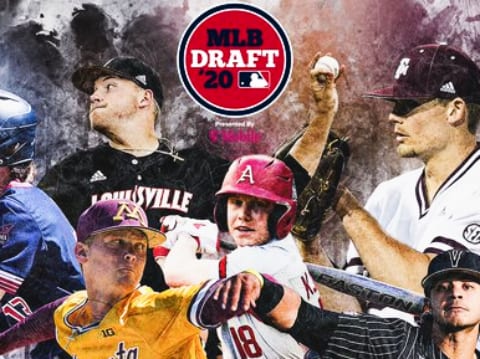 For the New York Yankees and the other 29 MLB teams, there may be no baseball right now due to the coronavirus and contentious negotiations between the owners and players.  But all is not gloom as MLB provides hope of future baseball by holding the 2020 baseball Draft.

It will not be like any draft held before, because this one will only five rounds instead of the usual 40 rounds. The 2020 Major League Baseball First-Year Player Draft will take place on June 10-11th. The draft will assign amateur baseball players to MLB teams.  Teams will select players in a draft order that is based on the reverse of last season’s standings.  This means the New York Yankees will select 28th in the draft order.

But the reduction of rounds is hardly the only change this year.  The players will not be able to attend the draft.  Like so many school proms and graduations have been held virtually so will the MLB Draft broadcast with twenty-three of the top players — including 12 of the top 13 on the Draft Top 200 — joining the coverage virtually, Major League Baseball announced on Friday.

Another difference is that the draft will be broadcast on multiple television channels.  This year you can watch the draft on the MLB Network and on ESPN. The broadcast will be live at 7 pm Eastern on Wednesday and Thursday. New York Yankees General Manager Brian Cashman will also take part in the virtual event by remote camera along with executives from each of the other 29 MLB clubs.

The first night (June 10) will feature the first 37 picks (the first round plus Competitive Balance Round A) and coverage will continue on Thursday, June 11, on MLB Network and ESPN2 at 5 p.m. ET and last through the duration of the five-round event (picks 38 through 160).

All 23 players — nine pitchers, six outfielders, four infielders, three catchers, and one infielder/outfielder — scheduled to appear are ranked within the top 36 of the Draft Top 200.  If you would like a preview of the draft, tonight at 6 p.m. ET, you can preview the pitchers available in the draft. Sunday at the same time infielders will be previewed, and Monday, they will cover the outfielders.  The preview shows will only be on the MLB Network.

For a complete list of all those players participating in the virtual broadcast, go here. Click here for the top 200 prospects.  Click here for the complete MLBN coverage of the 2020 Draft. Count on EmpireSportsMedia.com for all the coverage you will need as the 2020 MLB Draft is completed.