MLB News: Game 3 of the World Series, Morton fails as the Dodgers take the 2 to 1 game lead in the Series. 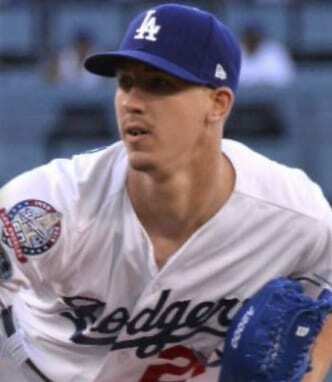 On a not so beautiful night in Arlington, Texas, it was Game 3 of the 2020 MLB World Series. Charlie Morton of the Tampa Bay Rays met up with the Los Angeles Dodgers Walker Buehler. For the first time in the World Series, there were fans in the stands, in a closed Stadium as the Globe Life Field roof was closed due to inclement weather. The Dodgers won the game 6-2.

Charlie Morton took the mound in the first inning as the home field advantage reverted to the Tampa Bay Rays for the next three games, after a day off Thursday. The teams were evened out at one game apiece in the series. Morton faced Justin Martin in the first, and Martin hit a home run to the left for the Dodgers one-run lead in the game. Morton got out of the inning, giving up just the one home run. At the bottom of the inning, Walker Buehler got the call from the Los Angeles Dodgers. Buehler made it look easy, striking out two in the inning. He struck out the New York Yankee Killer Randy Arozarena to close out the inning. After one inning, it was the Dodgers 1 and the Rays nothing.

At the top of the second inning, Cody Bellinger, who dislocated his shoulder in game two, flew out for the first out of the inning. Morton hit Corey Seager with a pitch then allowed Turner a double, Muncy singled, and it was 3-0 Dodgers in the third inning.Â  In the fourth, the Dodgers threatened again with men on the corners and only one out. Austin Barnes made a perfect bunt and drove in another run for the Dodgers 4-0 lead. Â  Mookie Betts singled, driving in Turner for the 5-0 Dodger lead. Mookie Betts then stole second. The Rays left Morton in to finish out the inning. Buehler pitched a perfect bottom of the inning.

Surprisingly the Rays put Morton back out for the top of the fifth inning. Muncy walked, and that was Morton’s night haven given up five earned runs in just four innings. The Rays replaced Morton with John Curtiss. Curtiss slammed the door on the remaining Dodgers. At the bottom, Beuhler gave hit first hit of the game to Manuel Margot, a double. Willie Adames hit a double driving in Margot, and the Rays were on the board. Dodgers 5 Rays 1.

At the top of the sixth, Austin Barns homered for the Dodgers off Curtiss for the 6-1 Dodger lead. Mookie Betts stole his second base on the night. Seager walked, but both were left on base. At the bottom of the frame, Austin Meadows got a single, the third hit off Buehler on the night. 26-year-old Walker Buehler struck out the next two Dodgers with a total of 10 strikeouts. At the top of the seventh, Ryan Sherriff took over for the Tampa Bay Rays. The game remained at 6-1 until the top of the ninth innning when Randy Arozarena hit a home tacking on a run for the Rays.

Walker Buehler was the winning pitcher and Charlie Mornton took the loss. The final score was 6-2 Dodgers, and the Dodgers advanced to a game ahead of the Rays in the in the best of seven series. Buehler pitched masterfully in the game. After the game Austin Barnes said ” That might have been the best Iâ€™ve ever seen his stuff.â€ Tomorrow night in game four of the World Series the Dodgers Julio Urias, who is 4-0 in the postseason with an ERA of .056, will face a yet unknown Ray pitcher at the time of this writing. The game will most likely be a pullpen game for the Rays.