MLB News: Dr. Fauci says no to baseball beyond September, and some owners want out 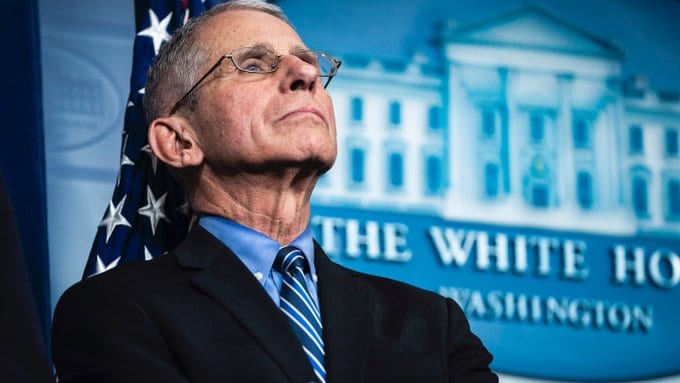 While  New York Yankees fans sit in limbo, waiting for baseball to return, MLB and the MLBPA (players union) apparently aren’t even negotiating at this time.  After several proposals have come and gone, the players association has said further talks will be futile.  Meanwhile, the start of a season, if there is one, keeps getting pushed back.

Dr. Anthony Fauci, the director of the National Institute of Allergy and Infectious Diseases, doesn’t want to see baseball played beyond September this year.  Fauci is the nation’s leading coronavirus expert, and he weighed in about when play should end.  He said that baseball should be played in the summer core months of July and August and would like to see the World Series completed in September.

He cites the rising rates of coronavirus infections in MLB states that have reopened their economies, specifically mentioning California and Arizona. However, ten other states have reported an uptick in new cases, many of them with MLB Stadiums.  Reuters reported that Fauci said:

“Even in warm weather, like in Arizona and California, we’re starting to see resurgences as we open up (after shelter-at-home periods),” Fauci told the Times. “But I think the chances of there being less of an issue in the end of July and all of August and September are much, much better than if you go into October.”

Dr. Fauci has been and continues to warn of a second wave of increased infections that could be as bad or even worse than the present wave, especially as the regular flu ramps up in the fall.

“The likelihood is that, if you stick to the core summer months, you are better off, even though there is no guarantee. … If you look at the kinds of things that could happen, there’s no guarantee of anything. You would want to do it at a time when there isn’t the overlap between influenza and the possibility of a fall second wave.”

When asked about fans in the stands, Fauci had this to say to the Los Angeles Times: “Unless you have a dramatic diminution in cases, I would feel comfortable in spaced seating, where you fill one-half or one-third or whatever it is of the stadium, and everybody is required to wear a mask in the stadium.” Fauci’s call for baseball to end in September may add fuel to the owner’s case for fewer games then the players want.

Some MLB owners want to completely opt-out of a season

There are many baseball teams like the New York Yankees that want to see a baseball season this year, albeit a significantly shortened season. Just yesterday Yankee President Randy Levine said he wanted to see the sides get together, iron things out and get a deal done to start a 2020 baseball season.

Yet CBS sports and other sources have reported that there are at least six owners who don’t want a 2020 campaign. The Athletic’s Ken Rosenthal and Evan Drellich, for their part, quoted a player agent who said, “there are definitely more than eight owners who don’t want to play.” Whether that’s the case or simply speculation is unclear. None of the suspected hard lining owners are named either way.  You would have to assume that they are the owners of the less profitable franchises who would have the most to lose.

The significance of this report is that for Commissioner Rob Manfred to impose a baseball season, 75% of owners have to agree with it.  It appears with negotiations at a standstill; it may be Manfred’s only option.  If six owners opt-out of a season, it is not a problem, but if eight or more want no season, they could arbitrarily cancel the season for all of MLB.

New York Yankees: All the Yankee news in one place
New York Giants