MLB News: Atlanta Braves win their ticket to the NLCS 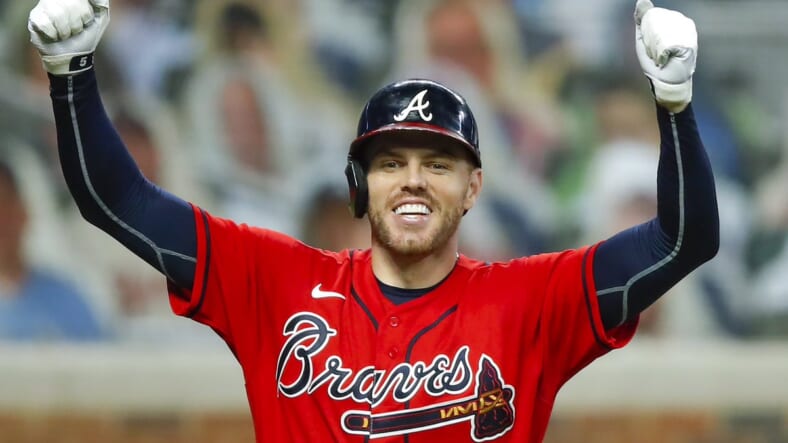 The New York Yankees postseason ended with the loss in the wild card game against the Boston Red Sox. The Red Sox have conquered the Tampa Bay Rays in the ALDS and will face the Houston Astros for the second time in five years in the ALCS after the Astros beat the Chicago White Sox 10-1 earlier today. The Atlanta Braves were up two games to one and could clinch a berth in the NLCS with a win tonight.

As in previous years, the Atlanta Braves have been one of the most successful baseball teams.Â  The Braves led the NL East by 6.5 games ahead of Joe Girardi’s Philadelphia Phillies. The New York Yankees’ claim to fame is that they won 3 of 4 against the Braves and both games at the Braves home park. Going into nights game

The Braves are playing the Milwaukee Brewers in the divisional series. Game one was Friday when the Brewers squeaked out a one-run lead in the 2-1 contest. Corbin Burns bested the Braves Charlie Morton. Rowdy Tellez’s two-run homer in the seventh inning sealed the deal for the Brewers.

Game two was Saturday, with the Atlanta Braves shutting out the Brewers 3-0. The game was a pitcher’s duel through the first four-inning, but the Braves scored all three game runs in the bottom of the fifth.

In Game three yesterday, the Braves did it again, shutting them out 3-0. Joc Pederson put his name in the history book in the game, only the third player to hit two pinch-hit homers in the same postseason.

Game four: Tonight’s game was at Truist Park In Atlanta. Eric Lauer was on the mound for the Brewers and Charlie Morton for the Braves. The first three innings of the game were scoreless. At the top of the fourth, the Brewers scored two runs, but in the bottom, the Braves answered with two runs of their own, tying up the game at two runs apiece.

In the fourth, the Braves sent Huascar Ynoa to the mound. With one on and one out, Rowdy Tellez homered into the trees in center to give the Brewers the two-run lead, as 51 years Brewer’s announcer Bob Uecker made the call. At the bottom, Braves came back with a run when Albies scored on a Joc Pederson single with the bases loaded. Travis d’Anaud followed with a single driving in another run and tying the game at four. Braves 4 Brewers 4.

The fifth the Brave’s fourth pitcher A.J. Minter took to the mound, shut down the Brewers. The Braves were also scoreless in the sixth. In the sixth, the Brewers were scoreless. The Braves threatened with men on the corners and two outs in the bottom, but the Brewers changed pitchers, and the Braves stranded two keeping the game tied.

In the seventh inning, with MInter still on the mound, Christain Yelich struck out swinging. The Braves brought in a new pitcher Luke Jackson who shut down the Brewers. At the bottom, the game remained tied at 4. At the eighth, with Tyler Matzke on the mound for the Braves, he put down the Brewers 1-2-3. At the bottom, Josh Hader on the mound for Brewers allowed Freddie Freeman a homer over the left-field wall for the Braves lead in the game. Braves 5 Brewers 4.

In the top of the ninth with Will Smith on the mound, he put down the Brewers for the Brave win and trip to the NLCS. The final score was the Braves 5 and the Brewers 4. The Braves will face either the San Francisco Giants or the Los Angeles Dodgers in the NLCS on Saturday, October 16th.