MLB News: Atlanta Braves take game one of the World Series at Houston 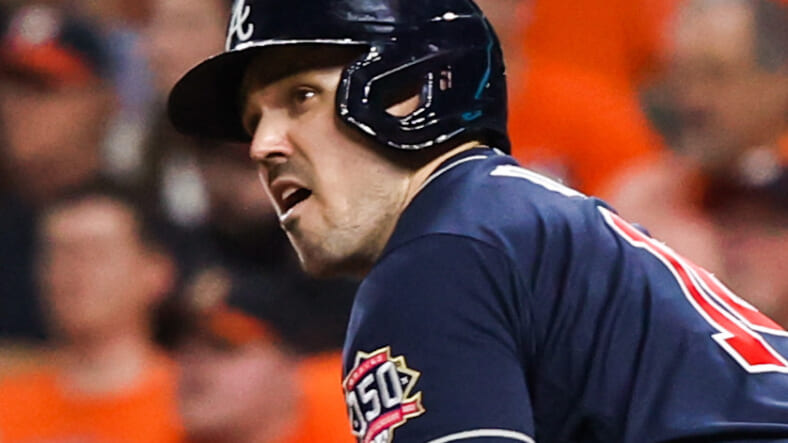 The New York Yankees lost in the wild card game against the Boston Red Sox, but the postseason marches on. The Houston Astros won over the Red Sox in the ALCS, and the Atlanta Braves won the NLCS. That series also went six games, the Braves winning three days ago 4-2 and moving them on to the World Series against the ALCS Champion Houston Astros.

Last night was the Fall Classic Game One:

The first two games of the 2021 World Series were to be played at MinuteMaid Park In Houston. The middle three at Truist Park in Atlanta and moving back to Houston for the final two games if necessary.

Last night the Astros will send out lefty Framber Valdez to face the Atlanta Braves Charlie Morton. Valdez had a regular-season record of 11-6 with a 3.14 ERA with 125 strikeouts. He won his game in the ALCS against Boston. So far in postseason play in his career, he has played in five games, winning four. On the Atlanta side, Charlie Morton is no stranger to the Astros. He pitched for them during the 2017 and 2018 seasons before taking the job with the Tampa Bay Rays. With The Atlanta Braves this season, he had a 14-6 record with an ERA of 3.34 and 216 strikeouts. In this matchup, Morton is the most experienced in the postseason, winning 7 games and losing 4 in 15 postseason starts.

This pitching matchup and the dynamic hitters for both teams should have made last night’s game very exciting, and it didn’t disappoint. Valdez faced the Braves Jorges Solar, who hit a game starting homer to left, putting the Braves up by one run to start the game. Ozzie Albies singled to left and stole second. Austin Riley doubled to left, with Albies scoring to make it 2-0 Braves. Eddie Rosario, MVP of the NLCS, struck out. Adam Duvall flew out to right, but the Braves took the two-run lead in the game.

At the bottom of the first, with Charlie Morton on the mound, the Astros were scoreless. In the top of the second inning, the Braves scored another run. Soler signaled but with Joc Pederson in a run down going on between second and third, d’Anaud scored. The Astros were again scoreless in the bottom. Soler struck again in the top of the third inning with a two-run homer to left field at MinuteMaid for the 5-0 Braves lead. The bad news for the Braves is that Charlie Morton was out of the game with a hit by pitch comebacker by Gurriel and will miss the rest of the series with a leg fracture.

In the bottom of the fourth, A J Minter on the mound, the Astros threatened with a man on second and only one out. Yuli Gurriel singled, moving Tucker to third. Chas McCormick singled on the first error by the Braves in the postseason, and Tucker scored the first run for the Astros in the game. Jose Altuve ended the inning with a pop-up to the infield. Atlanta Braves 5 Houston Astros 1.

Minter shut down the Astros in the fifth. Jake Odorizzi is in his third inning of work for the Astros in the sixth allowed a single to Dansby Swanson, and that was the night for Odorizzi. He was replaced by Phil Maton, who allowed a single to Freddie Freeman for two on with two outs. Ozzie Albies ground out to end the threat from the Braves. At the bottom, Luke Jackson put down the Astros. Braves 5 Astros 1.

Austin Riley led off the seventh inning; with Maton still on the mound, he struck out. Eddie Rosario doubled down the left-field line. Adam Duvall singled. That was the night for Maton. He was replaced by Ryne Stanek, who faced Travis d’Anaud, who hit into an inning-ending double play. In the bottom, Jackson sill on the mound for the Braves pinch-hitter Jason Castro ground out to first. Jose Altuve struck out. With lefty Micheal Brantley coming in the plate, the Braves went to reliever Tyler Matzek. Brantley singled to left. Alex Bregman struck out to end the Astros threat. Atlanta 5 Houston 1.

Joc Pederson led off the eighth and ground out to first, with Stanek still on the mound. Dansby Swanson singled. Soler singled to the infield, and Swanson went to third on a bungled catch by pitcher Stanek, and that was the night for Stanek. He was replaced by Brooks Raley facing Freddie Freeman, who with men on the corners ground out, Swanson scored as the Braves tacked on another run. At the bottom, Yordan Alvarez hit a triple to the left-field wall. Carlos Correa ground out with Alvarez scoring. Gurriel singled but tried to stretch it to to a double and was called out. Braves 6 Astros 2.

In the ninth inning, Austin Riley flew out to the left-field wall with Brooks Raley on the mound. Eddie Rosario ground out to third. Duvall struck out to end the half. With last licks on the line for the Astros and Will Smith the Braves closer on the mound, pinch hitter Aledmys Diaz walked. Then, Jason Castro hit into a force out. Then, Jose Altuve hit into another force out. Finally, Michael Brantley, with two outs and the game on the line, ground out to second to end the game.

The final score was the Atlanta Braves 6 and the Houston Astros 2. The winning pitcher was A. J. Minter, and the loser was Framber Valdez. The Atlanta Braves up one game in the best of seven series. It was the Braves’ first World Series game win since 1996.