MLB: Mike Leake is the first major leaguer to opt out of playing the season 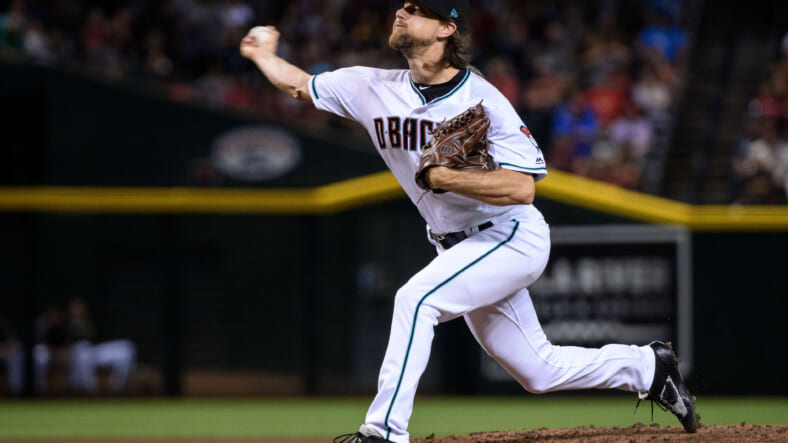 After Los Angeles Lakers guard Avery Bradley declined to participate in what remains of the NBA season, it was expected that at least a group of MLB players would do the same when the action returns on July 23rd for the 2020 season. COVID-19 cases are spiking again in some states and it figures to be an ever-present threat to public health. Not only are players at risk, but also their families.

According to Steve Gilbert of MLB.com, Arizona Diamondbacks right-hander Mike Leake is the first MLB player that has publicly declined to play in the season, effectively electing not to take the field.

The Diamondbacks have since confirmed the report on Monday afternoon. According to what MLB stated recently when trying to structure the season, “players who are considered ‘high risk’ will still get paid and receive service time.”

The aforementioned scenario, per Rotoworld, does not apply to a player that has a high-risk situation with a family member at home.

It’s hard to blame players who decide not to play this season, as some of them are sure prioritizing their health and that of their close ones.

With the development in the D-backs roster, Merrill Kelly and Alex Young will likely compete for the fifth starter spot in the rotation, and Zac Gallen is now firmly entrenched as a member of the group, as well.

Other MLB players may follow Leake’s footsteps in the not so distant future.

In fact, we might see more cases like that in the next few days given that teams just released their 60-man player pools on Sunday.