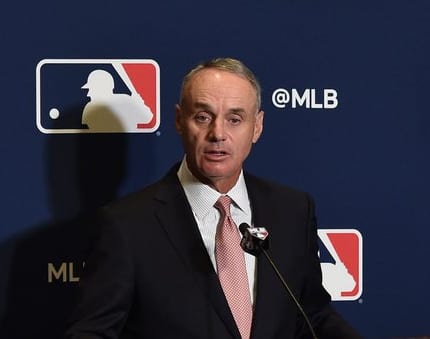 COVID-19 has really changed the outlook of the MLB season in the last few days. After several players of the Miami Marlins’ active roster tested positive for the disease, the Philadelphia Phillies, who played the Marlins in Philly over the weekend, underwent days of testing and are quarantining.

Today, according to Ken Rosenthal of The Athletic, â€œanother Marlins player has tested positive for COVID-19. Only positive result in most recent tests. Brings team total to 16 players and two coaches.â€

The Marlins traveling party remains in Philadelphia as of Wednesday morning, awaiting additional COVID-19 test results before determining next steps. Their next scheduled game is at home, on Tuesday against the Phillies.

MLB, at least, can breathe easy knowing that the outbreak is limited to one team. According to ESPN’s Jeff Passan, who cited a source with knowledge of the situation, the Phillies returned all negative tests in the squad.

MLB wants to play through the situation

Despite the severe outbreak in the Marlins, MLB has decided to play out the season under the current circumstances, trying to navigate the situation. The Phillies were initially slated to return to play on Friday against the Toronto Blue Jays, but there has been yet another change of plans.

Rosenthal reported on Wednesday that the â€œPhillies will not play Friday.” There will be a doubleheader against the Blue Jays on Saturday and a single game on Sunday.

The Marlins were supposed to start a series against the Baltimore Orioles on Monday, while the Phillies’ calendar marked the Yankees. As a result of the outbreak, the Marlins and Phillies aren’t playing today and the Yankees and Orioles will face off Wednesday and Thursday.

Given the severity of the situation, it is unclear if the Marlins are going to be able to return to play next week as it is currently scheduled.