MLB Analysis: Why are there no women in Major League Baseball? (Video) 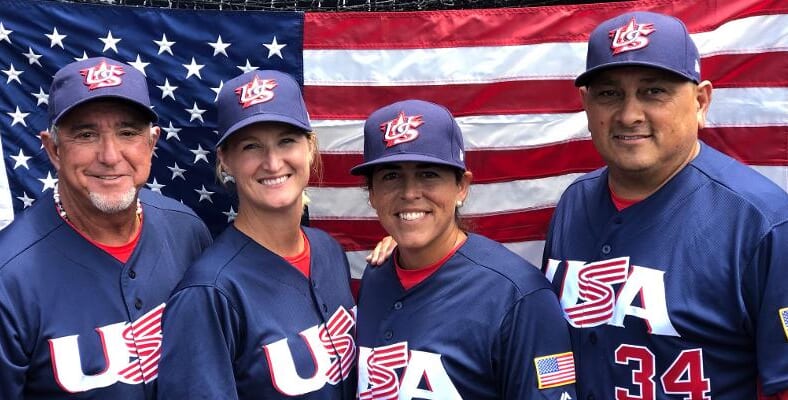 First, let’s throw out the no shower argument.Â  Major League teams have plenty of money to install a private locker and shower.Â  Could it be biased? Yes, it could be.Â  There are instances of Little League teams refusing to hit when facing a female pitcher, with parents and grandparents shouting from the stands with disapproval.Â  Would it be embarrassing to strike out against a girl?Â  One parent yelled down to their on-deck son, if you strike out, no dinner for you. 17-year-old pitcher female Tsujikawa recalls. â€œI was like, â€˜Oh my gosh, thatâ€™s kind of strict.â€™â€ Her team won. â€I honestly had a pretty good game, but it was just strange to encounter that â€” especially being only 12.â€

Could it be women just don’t have it? Maybe, but there are women that can measure up to several slow ball pitchers in MLB and hitters as well. Think of pitchers Steven Wright, R.A Dickey, Jamie Moyer, and last but not least Jered Weaver of the Angels, he has an 82mph fastball and a career record of 150-98. Could it be that women are smaller?Â  Well, that argument goes out the window with the qualities of super small Jose Altuve of the Houston Astros. Humplik below and Altuve are the same height.

That is Emma Humplik, yes that’s a softball, but watch closely. Her eye for hitting the ball is totally on, and her ability to hit the ball out of the park over and over again is undeniable. There have been female star pitchers in the Little League. Remember back in 2014, when Mo’ne Davis was just 13-years-old, she captured the attention of every sports fan in the nation when she dominated at the Little League World Series. On those fields in Williamsport, Pennsylvania, Davis became the first girl to pitch a shutout in the tournament. She was also the first African American girl to play in the LLWS.

This year she is in college and seeing no hope of entering the major league that has few blacks and no women, switched to the girl’s sport of softball. In her first game, she started at 2nd base and batted ninth.Â  She was 1 for 3, scored a run, and drove in two in her teams 15-4 win.

Then there is the USA Women Baseball team. Following an undefeated run to a gold medal at the 2019 COBAPE Women’s Pan-American Championships, the staff will look to guide this year’s team to the program’s first world championship title since 2006-and third overall-at the World Baseball Softball Confederation (WBSC) Women’s Baseball World Cup in Monterrey, Mexico, from September 11-20. Another baseball country Japan also has a national women’s team.

Why do you think there are no women in baseball? New York Times writer Jen Mac Ramos has said that “women players and womenâ€™s leagues simply arenâ€™t scouted by MLB teams, largely due to a structural belief in front offices that they arenâ€™t good enough. Simply put, explained Ramos, â€œthese women donâ€™t even come close to a lot of front officesâ€™ radars.â€ When asked if she believed that women aren’t good enough as well, she responded no.

Given this evidence, it seems remarkable that MLB appears not to scout women at all. And that, in and of itself, may not be legal under Title VII, because MLB is basically excluding an entire population from consideration solely on the basis of their gender.

EmpireSportsMedia.com’s Columnist William Parlee is a member of the Society for American Baseball Research.Â  Follow me on Twitter @parleewilliam