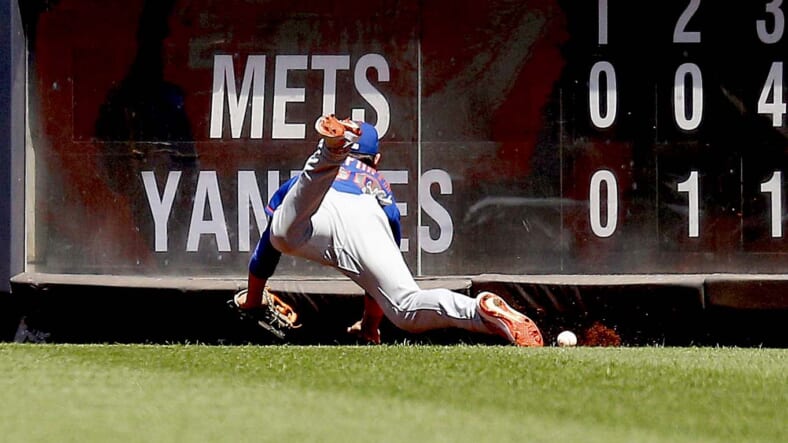 He may not be the flashiest or the most feared slugger of the team. He may not be a star defensively or in the basepaths. However, Michael Conforto is as consistent as they come, and his presence in the New York Metsâ€™ lineup card is necessary as the team intends to make some noise and advance to postseason baseball.

Conforto is at least average or above in numerous facets of the game. While Fangraphsâ€™ fielding runs had him at -6.0, he was in the 73rd percentile in Baseball Savantâ€™s Out Above Average. According to UZR, UZR/150 and DRS, he was about average in the corners but below-average in center field.

Yet, he is at his best when he is on the batterâ€™s box. His 126 wRC+ was third on the Mets among qualifiers, fourth if we include Dominic Smith. Being a lefty, he isnâ€™t too vulnerable against fellow southpaws: he hit for a 90 wRC+ against them in 2019, which is slightly below-average but more than manageable. He mashed to the tune of 141 wRC+ versus righties, though. His career wRC+ is 90 and 136 against left-handed and right-handed hurlers, respectively. Consistency at its finest.

One of the Mets most stable producers

Conforto hit, at least, 25 home runs in each of his three full seasons in MLB. Additionally, he has a keen eye at the plate that allows him to walk at very good rates. Each year, except for his debut season, he managed to accumulate at least a 13.0 BB%.

Conforto delivered for the Mets through thick and thin, and has been a fixture in the lineup for years.

According to Statcast data, he had an expected batting average of .262 and an expected slugging percentage of .504 in 2019. His very solid .367 xwOBA put him in the 87th percentile.

He is expected, again, to be a very solid contributor to the 2020 New York Mets. His talented lefty bat is the perfect balance to Alonso, Davis, and Yoenis Cespedes, all righties. His ability to take walks is a very valuable asset, and his penchant for the home run and overall consistency make him one of the most underrated Mets.

While most fans and pundits talk about deGromâ€™s dominance, Syndergaardâ€™s stuff, McNeilâ€™s batting prowess or Alonsoâ€™s power, Conforto keeps producing. And thatâ€™s all the Mets need.