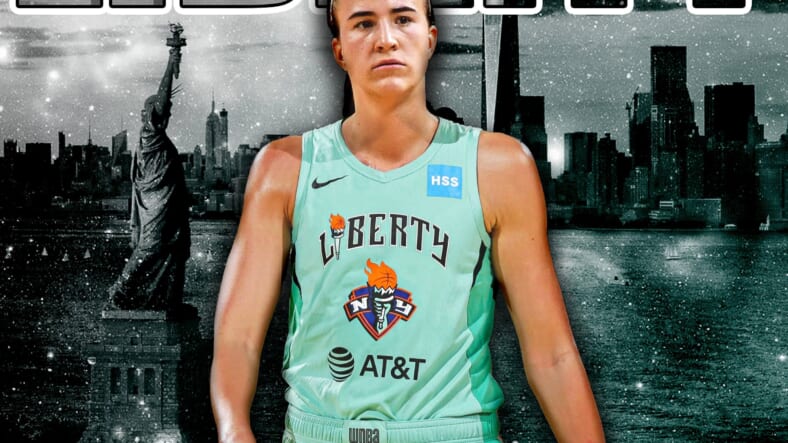 The New York Liberty were missing two of their star attractions on Friday night, but still took the Atlanta Dream to the brink.

The New York Liberty lost two of their star attractions to injury on Friday night, but still managed to give the Atlanta Dream all they could handle.

Rookie Jazmine Jones led the Liberty with 20 points off the bench after fellow first-year and top overall pick Sabrina Ionescu was lost to an ankle injury in Friday’s tilt against the Atlanta Dream in the bubble at IMG Academy. Atlanta eventually prevailed by an 84-78 final, but the Liberty’s valiant effort without Ionescu and Kia Nurse was encouraging after a one-sided defeat to Dallas on Wednesday.

“We battled most of the game,” head coach Walt Hopkins said in a postgame Zoom conference. “The way that we fought pretty much across the board with our team was impressive and exciting. We responded to the things that we talked about and the things that we worked on. It was good.”

Ionescu, coming off a 33-point showing, rolled her ankle in transition midway through the second quarter. She was helped off the court by a trainer and teammate Leaonna Odom and was and did not return to the game. Hopkins said that Ionescu was likely taken to a local hospital for x-rays, which revealed no fracture and came back negative according to Shams Charania of ESPN. She had 10 points on 4-of-5 shooting prior to her forced departure.

Nurse missed the first game of her three-year WNBA career, suffering an ankle sprain of her own in the Liberty’s opening game last weekend.

Friday presented a roller-coaster affair for the Liberty (0-3) who found themselves trailing 12-0 at the midway stage of the opening frame. The scoring efforts of Ionescu and Kylee Shook allowed the Liberty to trim the lead to 22-16 and even took the lead early on in the second thanks to the efforts of an all-rookie lineup. When Ionescu went down, Jones and Layshia Clarendon, a rare New York veteran, helped keep the Liberty in the game.

The rookie Jones, chosen with the final pick of the first round out of Louisville, added two blocks and two steals to her infantile career-best in scoring.

“We have a mindset, all the rookies especially, that when we get in the game, just run up and down the court, be relentless, be tough,” Jones said. “We’re very talented from top to bottom. In our heads, we feel like we have the better bench per say, because we have a lot of rookies that can play multiple positions. It’s just fun that we have this kind of team, that the coaches can put us in different kind of alignments to be successful.”

Atlanta (2-1) threatened to pull away again in the third quarter, again going on an early run and holding the Liberty scoreless for over the first five minutes. Their lead summited at 14 points, but the Liberty once again made things close. New York whittled the lead all the way down to three in the penultimate minute of the game, but the Dream was able to finally hold them off. Rutgers alumna Betnijah Laney tallied a career-best 30 points while Elizabeth Williams had a double-double (15 points, 10 rebounds). April’s fourth overall pick Chennedy Carter fouled out but tallied 17 points.

The Liberty and Dream will square off again on September 3.

New York will wrap up a stretch of three games in five days on Sunday afternoon when they battle the Phoenix Mercury (1 p.m. ET, ESPN).