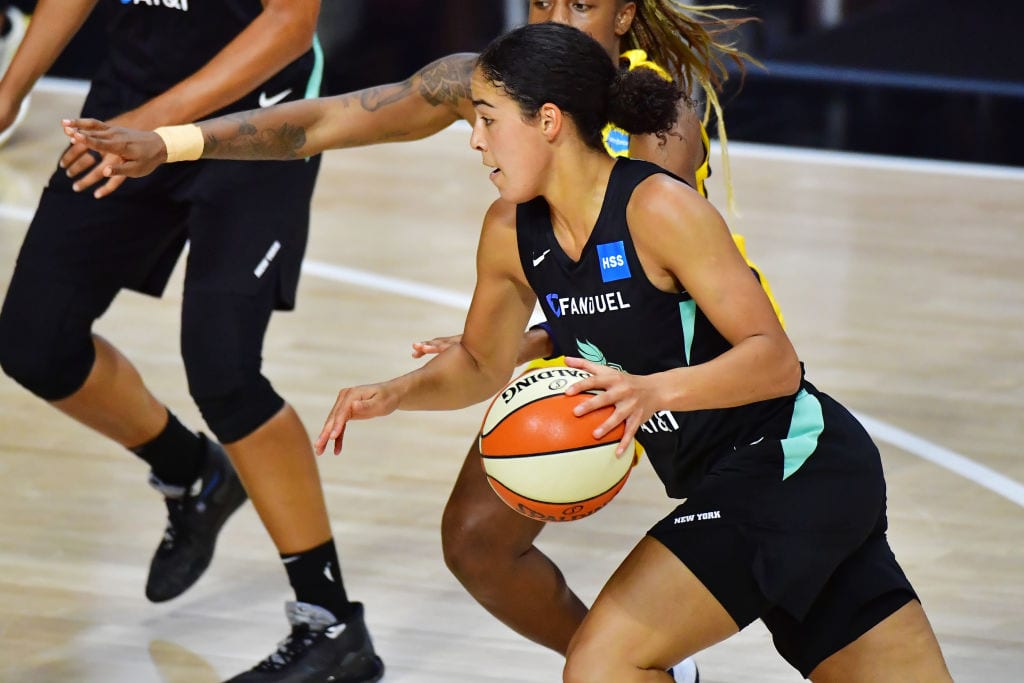 The New York Liberty All-Star will join her native Canada’s top sports network for their ongoing coverage of the NBA and WNBA postseason.

The Liberty announced on Tuesday that Nurse will be joining Canadian sports network TSN (The Sports Network) for their continuing coverage of the NBA and WNBA playoffs. Labeled “Canada’s Sports Network”, TSN boasts five national channels and carries numerous domestic and international events across their airwaves.

Nurse, a Hamilton, Ontario native, returns to TSN after making her debut during the 2019 NCAA basketball championships. She assured fans Liberty and Team Canada fans that her broadcasting duties would not interfere with her on-court material.

So excited to join the @TSN_Sports team for my off-season!! Canâ€™t wait to talk hoops and learn from some of the best!! ðŸ‡¨ðŸ‡¦ðŸ˜ oh and yes Iâ€™m still playing WNBA & Canada Basketball ðŸ˜… https://t.co/SFMS9UNLz6

“Iâ€™ve truly enjoyed my time in front of the camera as much as I have playing basketball and Iâ€™m honoured [sic] to be back to talk about the game I love,â€ said Nurse in a statement released by the Liberty and TSN. â€œIâ€™m excited to join the amazing team at TSN, and look forward to expanding my experience as a broadcaster.â€

Nurse and her family have routinely appeared on TSN throughout the years. Her father Richard was a receiver for the CFL’s Hamilton Tiger-Cats and her cousin Sarah has represented Team Canada hockey in numerous international tournaments. Nurse’s brother Darnell also plays for the NHL’s Edmonton Oilers (whose television rights are owned by competitor Rogers Media).

Chosen 10th overall in the 2018 WNBA Draft, Nurse recently wrapped up her third season with the Liberty. She averaged 12.2 points and a career-best 2.9 rebounds in the Bradenton bubble, servings as a self-described “baby vet” on a team that dressed seven rookies throughout the course of the 2020 season. Nurse was elected to her first WNBA All-Star team last season.

â€œWeâ€™re extremely excited to have an elite and instantly recognizable Canadian basketball personality in Kia Nurse join our team and connect with fans across the country,â€ said Nathalie Cook, Vice-President of TSN, in the statement. â€œWe will continue to cheer Kia on in her all-star role on the court, and she will elevate our broadcasts with her insights and in-depth knowledge of the game.â€

Nurse has made her mark on Team Canada’s basketball endeavors in recent years. In 2015, the University of Connecticut alumna was named the MVP of the FIBA Americas Women’s Championship, guiding Canada to their first top finish in the tournament since 1995. Nurse would cap things off with a team-best 20 points in the 82-66 win over Cuba in the gold medal game. She is expected to return to duties with Team Canada for the Summer Olympics next year in Tokyo.

The WNBA playoffs continue on Tuesday night, with the Connecticut Sun seeking a 2-0 series lead on the Las Vegas Aces (7 p.m. ET, ESPN2). Meanwhile, the semifinal matchup between the top-ranked Seattle Storm and the Minnesota Lynx gets underway immediately after, as inconclusive COVID-19 tests postponed the series opener on Sunday. Both the semifinal and WNBA Final stages are best-of-five.

The NBA’s semifinals likewise continue on Tuesday, as the Los Angeles Lakers seek a commanding 3-0 lead on the Denver Nuggets (9 p.m. ET, TNT).