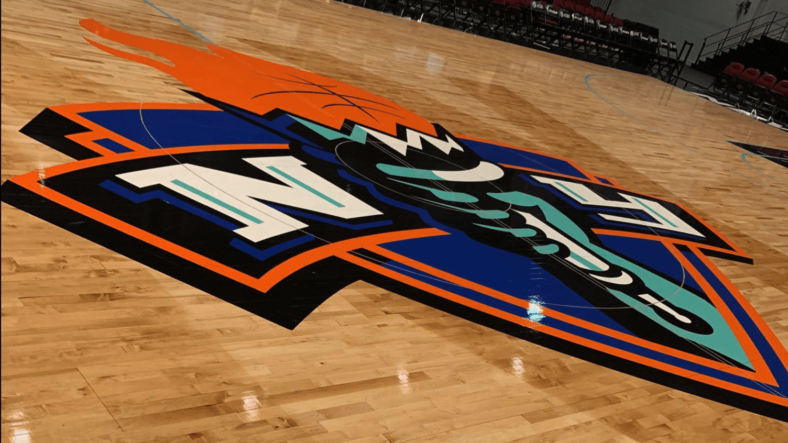 The New York Liberty will have the top odds in the 2021 WNBA Draft Lottery, which will be held on Friday night.

‘Twas three weeks before Christmas, but the New York Liberty could gain a special early gift later this week.

The WNBA has announced that the 2021 Draft Lottery will be staged on Friday night during halftime of the anticipated college basketball matchup between No. 20 DePaul and No. 5 Louisville. Tip-off is scheduled for 6:30 p.m. ET on ESPN, which will carry lottery proceedings for the ninth consecutive season. LaChina Robinson will host the reveal, which will be overseen by WNBA Head of League Operations Bethany Donaphin.

New York will have the best odds entering Friday’s drawing, which takes into account cumulative records over the past two seasons for the four non-playoff teams. Weighed down in a rebuilding effort, the Liberty went 12-44 over the past two showings, including a 2-20 mark in the WNBA’s abbreviated bubble season in Bradenton, Florida.

This gives them a 44.2 percent chance of securing the top overall pick for the second straight season. Last time around, the Liberty leaped from the second-best odds to essentially “win” the Draft Lottery for the first time in team history. New York used that selection to take college basketball sensation Sabrina Ionescu out of Oregon in the most recent selections last April. Ionescu partook in three games in the Bradenton bubble before an ankle injury prematurely ended her debut season.

Behind the Liberty, the Atlanta Dream (15-41) have the second-best odds at 27.6 percent, followed by the Dallas Wings (18-38, 17.8) and Indiana Fever (19-37, 10.4). The remaining picks in the first round, consisting of 2020 playoff teams, have already been sorted through the inversion of regular season records, which will likewise determine the full order for the second and third rounds as well.

Staging the Draft Lottery during a Louisville basketball holds a sense of irony for the Liberty. Three former Cardinals currently reside on the Liberty roster, including 2019’s second overall pick Asia Durr. While Durr opted out of the bubble endeavor, the team was nonetheless represented through Jazmine Jones and Kylee Shook, who were respectively taken with 12th and 13th picks during last spring’s draft. Jones was later named to the WNBA’s All-Rookie team, becoming the first New Yorker to do so since Brittany Boyd and current teammate Kiah Stokes earned the honor in 2015. Modern Louisville senior Dana Evans (18.0 points, 4.2 assists per game in 2019-20) is expected to be a first-round choice next spring.

Other big name prospects at the top of the 2021 draft board will include Rennia Davis (Tennessee), Destiny Slocum (Oregon State), and Didi Richards (Baylor). Texas junior Charli Collier has been pegged as a potential early entrant.