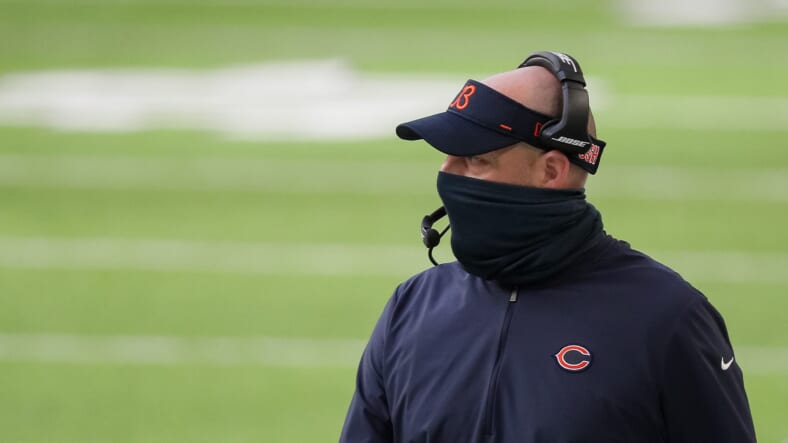 Entering year four with the Chicago Bears, head coach Matt Nagy has failed to really establish any sort of consistency when it comes to the offensive side of the ball.Â To say Nagy hasn’t been good enough could be considered an understatement. Two playoff appearances in three seasons isn’t as meaningful when you’ve failed to win a game in January, let alone get past the first-round.

Once labeled as being an “offensive guru”, Nagy’s offenses have ranked 9th, 29th, and 22nd since 2018. He’s cycled through three starting quarterbacks (Mitchell Trubisky, Chase Daniel, and Nick Foles), and enters year four with two new starters at the most important position in sports: Andy Dalton and Justin Fields.

In a city with a defense-first mentality but in a league where the game is so catered towards the offense, Nagy must still turn the Bears into an offensive powerhouse alongside Fields if Chicago hopes to ever get back to the Super Bowl. With Fields now in the fold, 2021 should solely be focused on the development of the 11th overall pick. As a dual-threat quarterback who can hit any throw on the field, Fields operates in the redzone at a high level, while showcasing solid pocket presence, poise, and accuracy.

Bears ownership must also recognize that Nagy and general manager Ryan Pace need to be given extra time to develop Fields. Rather than hit the reset button with the front office and coaching staff during the 2022 offseason, ownership needs to operate with a two-year mindset, giving Nagy and Pace enough time to show that Fields could alter the course of franchise history.

Listening to Nagy speak in press conferences over the last few weeks has led to one main takeaway: He’s excited about his new rookie quarterback but he also sounds like a head coach who knows that his job isn’t on the line heading into 2021. Fields has brought renewed energy and hope for the Bears franchise but Nagy’s next step in year four includes focusing on the development of Fields because it could lead to the head coach having long-term job security.