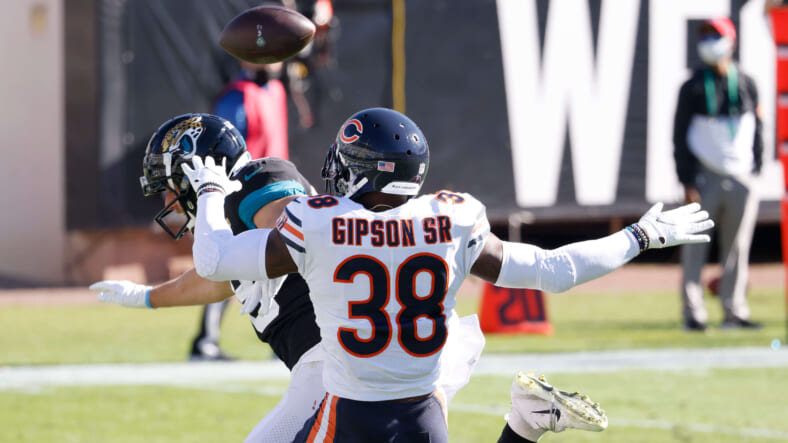 After a 41-15 thumping at the hands of the Buffalo Bills, the Chicago Bears defense is looking to rebound heading into week 3 of the preseason. Let’s be honest: The Bears’ 26 point loss at the hands of Buffalo is a silver lining in a way. Not only was this an exhibition game but Chicago’s defense also missed tackles all afternoon.

Safety Tashaun Gipson, who enters his 10th season in the NFL isn’t necessarily concerned about the Bears’ poor showing on Saturday afternoon. But Gipson does know that the Bears’ defense needs to be better, especially since Chicago does feature talent on all three levels of the defense, something that will matter when the games really count.

“It was tough, I think that anytime you come out there, let a team just impose their will, essentially, that’s what happened,” Gipson said via the Bears official YouTube Channel. “That’s always tough, that’s not the standard we want to put ourselves through, that’s not the standard. It’s definitely tough, obviously, we put it on tape, so it’s something that we got to go back and correct.”

Gipson isn’t wrong. The Bears defense knows the whole unit can play better, especially when linebackers Roquan Smith and Danny Trevathan are playing at full speed, allowing the defense to click on all cylinders.

“Obviously, it’s about getting guys healthy and being able to come out there and just play collectively,” Gipson said. “But that definitely wasn’t the standard. We had core, key guys out there and still laid an egg. So that’s unacceptable and obviously, we got to correct that.”

Gipson holding the Bears’ entire team accountable matters, especially since players have praised defensive coordinator Sean Desai all offseason for his attention to detail. For a defense that is looking to turn some heads in 2021, the Bears must use Saturday’s showing as a learning experience to go ahead and correct mistakes that a veteran defense shouldn’t be making throughout the course of preseason games.