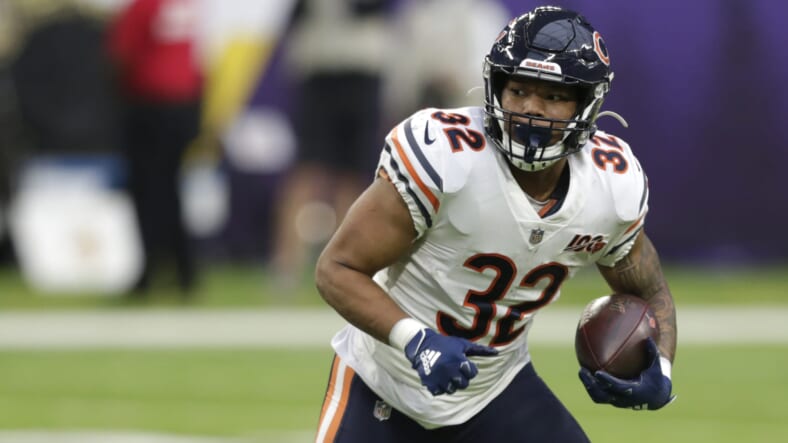 SEATTLE, WA.,—On a snowy day in Seattle, the Chicago Bears managed to come away with a victory after scoring 11 unanswered points in the fourth quarter. As veteran quarterback, Nick Foles made his first start in nearly 400 calendar days, the Bears offense was putrid to begin the game before Foles completed passes of 30, 10, and 14 yards on a six-play, 80-yard drive that took just under two minutes before Foles connected with tight end Jimmy Graham for a 15-yard touchdown pass. Foles would follow up his only touchdown pass of the game by connecting with wide receiver Damiere Byrd on a two-point conversion to give the Bears the lead.

Rookie running back Khalil Herbert also helped the Bears in the second half, adding on a 20-yard rushing touchdown in the third quarter to cut Seattle’s lead to just 10 points. From there, the Bears’ defense would allow Seattle to see the endzone just once more before Seahawks kicker Jason Myers missed a field goal, giving the Bears some much-needed momentum.

As has been a common theme for the Bears over the last few weeks, Chicago had the ball for just over 38 minutes, 26 first downs, and zero turnovers. Matt Nagy has shown time and time again that the Bears are able to sustain long drives, however, the Bears were just 2-for-4 in the redzone, with a key turnover on downs early in the first quarter that ended a 15-play, 71-yard drive that took 8:27 off the clock.

As the Bears get ready to return home for a matchup against the New York Giants in what could be the final game of the Matt Nagy and Ryan Pace era, expect the Bears to get healthier with just two games remaining in 2021.