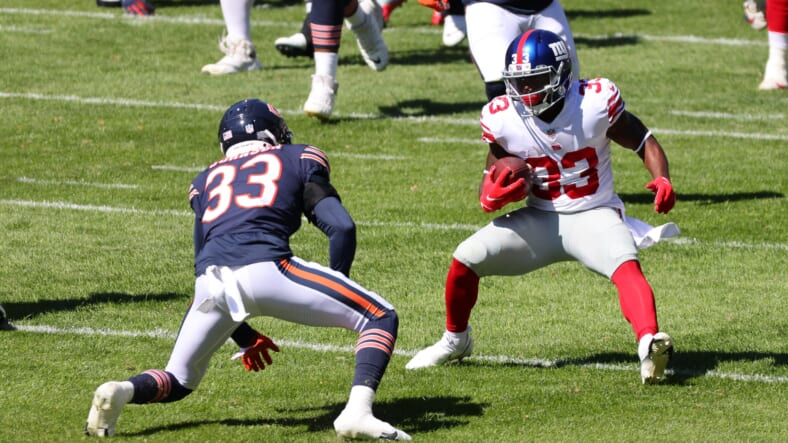 Youth can be a word used to describe the Chicago Bears heading into 2021. The Monsters of the Midway feature a number of second and third-year players on both sides of the football that are expected to take another step forward in 2021. Among the biggest names to watch include cornerback Jaylon Johnson, a second-round pick in the 2020 NFL Draft, and the team’s presumptive CB1.

Johnson isn’t your typical “next man up” candidate. He’s expected to fill shoes left by veteran Kyle Fuller who was released during the Spring after a seven-year run that included being named to two Pro Bowls and a First-Team All-Pro. With the Bears secondary struggling at times throughout the preseason, how Johnson plays throughout 2021 will set the stage for how Johnson’s career could potentially pan out.

“Personally, I wouldn’t say last year was a success for me,” Johnson said via the Bears official YouTube Channel. “I’m not going to say it was a bad year but it wasn’t what I wanted. Just the goals that I set out for myself, I didn’t reach more than I reached.”

From a coverage standpoint, Johnson had 15 pass breakups and allowed just 44 completions last season, including a completion percentage of 56.4 percent. Throughout the 2020 season, Johnson continued to progress, setting the stage for a breakout season in 2021.

“This year it’s really just about doing the little things I can do to really checkoff each and every one of my goals,” Johnson said. “Giving up touchdowns, that’s not something I do. I know it comes with the game but just from my standard, I try to limit the big plays.”

Heading into 2021, Johnson’s progress should be under the microscope. As Chicago’s defense continues to get older, Johnson is just 22 years old and has an opportunity to become another face of the Bears secondary alongside veteran Safety Eddie Jackson.