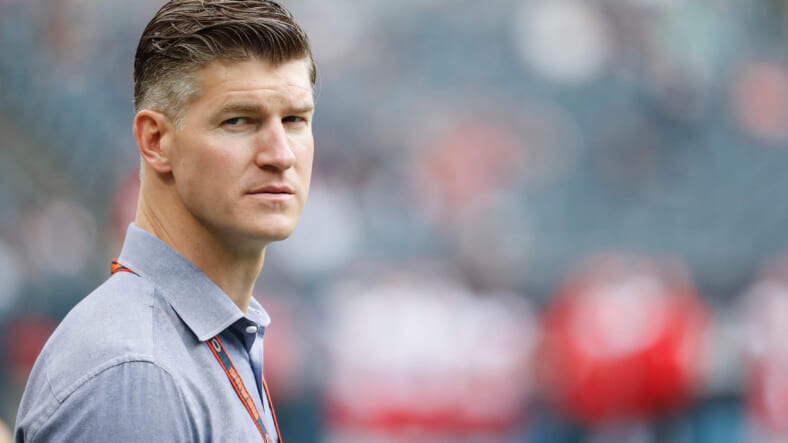 Lake Forest, IL.– After ending the 2021 season with a record of 6-11, the Chicago Bears used black Monday to begin a new era for the franchise, with the team firing head coach Matt Nagy after four seasons while moving on from general manager Ryan Pace, who had been with the organization since 2015.

The Bears’ moves don’t come as surprising. Heading into the 2021 season, many looked at Pace and Nagy as possibly being with the organization through the end of the 2022 season, especially after Pace opted to trade up in the first round of the 2021 NFL Draft to select rookie quarterback Justin Fields.

Pace and Nagy leave the Bears with an exciting core of young players that includes Fields, wide receiver Darnell Mooney, pass rushers Robert Quinn and Khalil Mack, cornerback Jaylon Johnson, and linebacker Roquan Smith. With a plethora of young talent, the potential for a quick turnaround is certainly possible for the next HC and GM duo.

“To the Chicago Bears organization- it was an honor to serve as your Head Coach over the past four seasons,” Nagy said in a statement the Bears released via Twitter. “I want to thank Ted Phillips, George H. McCaskey, and Mrs.Virgina McCaskey for the opportunity to lead one of the game’s most storied franchises. It’s four years I’ll always remember.”

Pace had some kinds words in his exit statement too, reminding fans that despite his departure, the future is bright in Chicago.

“To the players, I appreciate everything you gave out on the field,” Pace said in a statement the Bears released via Twitter. “I believe in each and every one of you and I know the talent is there to bring a championship to Chicago.”

The search for the next head coach and general manager has started for the Bears, who will hope to hire both candidates quickly enough to allow the new regime to establish its vision before the offseason officially begins.