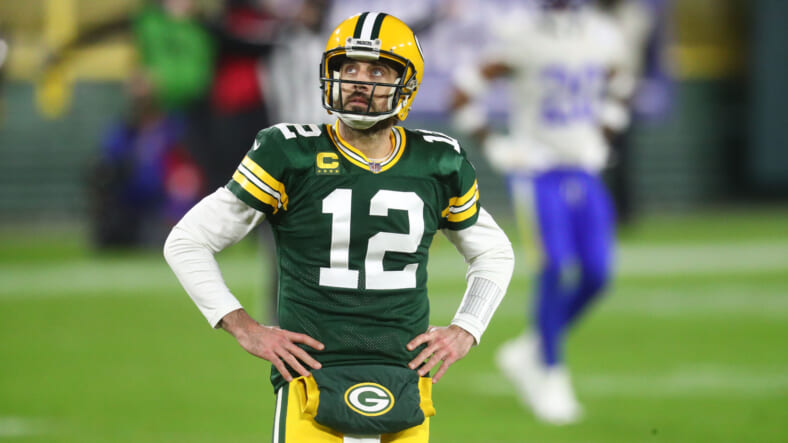 Ahead of the Chicago Bears Week 6 matchup against the division-rival Green Bay Packers, the Bears will welcome Packers quarterback Aaron Rodgers to town for potentially the last time. Rodgers, who’s become a defining factor in the NFL’s most storied rivalry over the last few years has seen plenty of Bears defenses throughout his tenure.

Through five games in 2021, Chicago is allowing just 20 points per game, good for 7th overall in the NFL. Pass rushers Khalil Mack and Robert Quinn have combined for 9.5 sacks, while Roquan Smith has 50 tackles. Chicago currently has 18 sacks, leading the NFL while allowing eight yards per pass attempt.

“Yeah I mean they’re a great defense, they’ve always been, been a solid defense over the years,” Rodgers told Packers reporters on Wednesday. “It’s some familiar names who are studs and, and you know Robert Quinn’s having a nice season, getting after the quarterback. Obviously, Khalil (Mack) is still one of the top players in the league. Akiem Hicks, when healthy, is as disruptive as he possibly can be. Roquan (Smith) has emerged as a top-tier linebacker, I mean he’s kind of been in that position since he got in the league but he’s steadily improved every single year. He’s a complete linebacker. Backend is very solid, they’ve got some younger players but they’ve definitely improved and been playing well.”

For Rodgers to praise the Bears defense isn’t anything new but we must also keep in mind that the Bears have beat Green Bay just once since 2018. For many, the Bears drafting Justin Fields, combined with 2021 potentially being Rodgers’ final season with the Packers means a changing of the guard could soon be happening in the NFC North.

Chicago’s defense will look to be competitive on Sunday afternoon and employ a bend-don’t-break type mentality. The Bears may not be able to stop Rodgers entirely, instead the focus will shift to neutralizing Rodgers as much as possible, hoping the Bears offense can complement the defense by moving the football and scoring enough points to win the game.