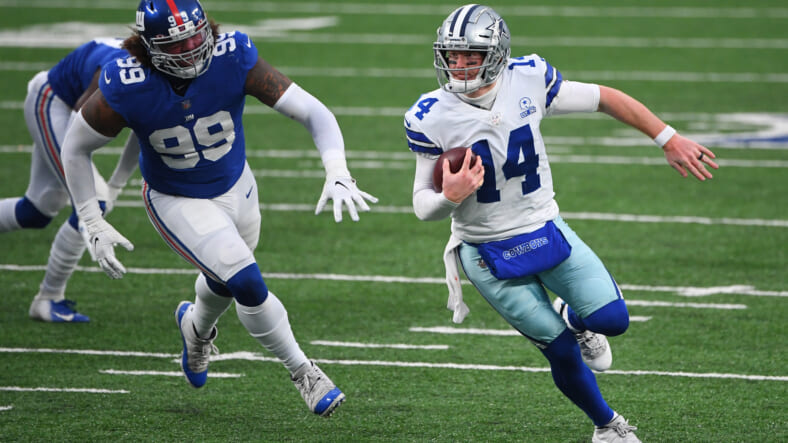 When the Chicago Bears officially report to training camp, all eyes will be on the quarterback position which features veteran Andy Dalton and rookie Justin Fields. Dalton, who enters his 11th season in the NFL has been labeled at the week one starter for the Bears, a decision that many view as being made too soon.

Rather than let a quarterback competition decide the starter, all questions have now shifted as to whether or not Dalton can really hold off Fields. For Bears fans, it’s simple: Forget about Dalton and just start Fields immediately. Why waste any time getting a glimpse of what the future of the franchise can do?

The reality is that both Dalton and Fields possess unique advantages. Dalton has been a regular NFL starter since 2011, has experience with offensive coordinator Bill Lazor, and understands the speed of the NFL game. Fields on the other has tons of time on his side and has a dual-threat skillset that Dalton lacks.

Throughout OTA’s and minicamp, Dalton has used his experience as a means of being vocal, especially for the Bears offense, whose oldest players include Dalton, tight end Jimmy Graham, and wide receiver Allen Robinson.

“It comes with experience and how things should look,” Dalton said this offseason via the Bears official YouTube Channel. “So, I think, playing the position of quarterback, you’re obviously going to have a voice but then you throw the experience in and how long I’ve been doing this into the mix and you’re in that leadership position and you want to make sure things are going the right way. I’m trying to do everything I can to make us the best team we will be come the Fall.”

Those outside Halas Hall simply see a bridge quarterback in Dalton, however, Dalton has clearly commanded the Bears offense this offseason as a means of continuing to hold of Fields until the Bears coaching staff is ready to play the 11th overall pick.