31 questions to Bears camp: Who’s the odd man out the Offensive Line? 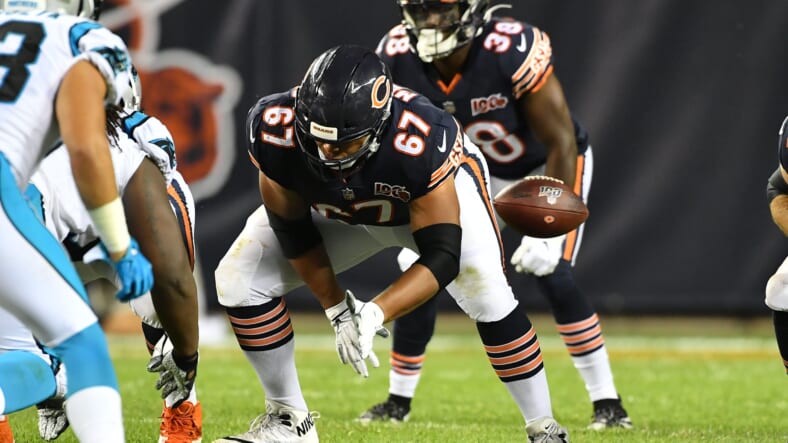 When the Chicago Bears report to training camp in just under two weeks, the offensive line will garner plenty of attention. After overhauling the unit with the additions of rookies Teven Jenkins and Larry Borom while releasing veterans Charles Leno Jr. and Bobby Massie this offseason, Chicago is looking to get younger on the OL heading into 2021.

Besides getting younger, adding offensive line depth was also a focus for the Bears this offseason, giving guys like Alex Bars, Elijah Wilkinson, Arlington Hambright, Lachavious Simmons, Adam Redmond, and Dieter Eiselen an opportunity to make the roster. The Bears will only carry a limited number of offensive lineman for the regular season, meaning some players will be cut.

Here’s what we know: Bars isn’t getting cut. After starting eight games in 2020, he’s Chicago’s most versatile offensive line, with the ability to play anywhere on the interior offensive line. The Bears value versatility on the interior as it gives the team more options should an injury occur.

Hambright and Simmons were seventh-round picks in the 2020 NFL Draft and started one game as rookies. Chicago was forced to start both players due to a COVID-19 outbreak that occurred at Halas Hall. Both will have the opportunity to make the roster once again due to familiarity with Chicago’s offensive system.

Eiselen also started just one game at Center last season due to the COVID-19 outbreak at Halas Hall. The emergence of Sam Mustipher as starting center, along with the versatility that Bars provides means Eislen could be among the first name sent packing when the Bears trim the roster down to just 53 players in late August.

Wilkinson has played in 26 career games, starting at both right guard and right tackle. After starting seven games in 2020 and 12 games in 2019, there isn’t a serious case for Wilkinson to be cut, especially after he signed a one-year in free agency this offseason.

Redmond, another interior offensive lineman has started 18 games for the Dallas Cowboys. Signed by the Indianapolis Colts in 2016 as an undrafted free agent, the Bears will be Redmond’s fourth NFL team and at 28 years old, it’s clear that Redmond is merely a depth piece.

While we may be just over six weeks away from the Bears finalizing the 2021 roster, examining the offensive line, we know that Eiselen or Redmond could be the odd men out. Don’t necessarily rule out Simmons or Hambright, however, both did make the active roster last season, something that should occur again in 2021.