31 questions to Bears camp: What to expect from the MLB position? 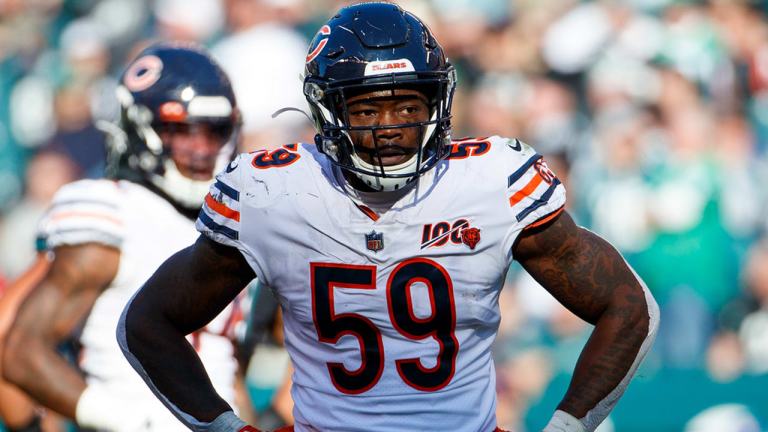 The Chicago Bears will report to training camp in about two weeks and one positional group that’s considered to be a strength on the roster is middle linebacker. For the fourth straight year, the duo of Danny Trevathan and Roquan Smith will anchor the middle of the Bears’ defense, giving the Bears two smart, instinctive, and physical players.

Expectations should see Trevathan and Smith have another strong year in 2021, with Joel Iyeigbuniwe, Christian Jones, Josh Woods, and Austin Calitro providing additional depth. The entire positional group features players who can drop back in coverage or defend against the run, giving defensive coordinator Sean Desai multiple options with sub packages.

Production-wise, Trevathan and Smith combined for 252 tackles in 2020 with both linebackers combining for 32 starts and five sacks. With both players expected to be healthy heading into 2021, combined with a full offseason, expect both players to play at a much faster pace, especially Trevathan who looked noticeably slower to start the 2020 season.

“Every year, you want to be a better defense 2018 was a totally different year,” Trevathan said via the Bears official YouTube Channel. “Those aspects and those standards were set so we know where we need to get to and we know we have the guys that are capable of doing that. We just want to be the best defense that we can be and in the league, we know we’re going to handle whatever teams throw at us.”

Middle linebacker is considered to be the quarterback of the defense and while Trevathan and Smith have proven to be solid options thus far, the only red flag that exists is depth at the position. How will Jones, Woods, Calitro, and Iyeigbuniwe hold down the fort. 2020 showcased that Chicago had a lack of depth at the position, which the Bears tried to address by signing Jones.

As Chicago gets ready for training camp, a major how the MLB position performs will determine whether or not the Bears need to address the position during the 2022 offseason, especially with Trevathan aging but with Smith emerging.