31 questions to Bears camp: Should we be concerned about Goldman? 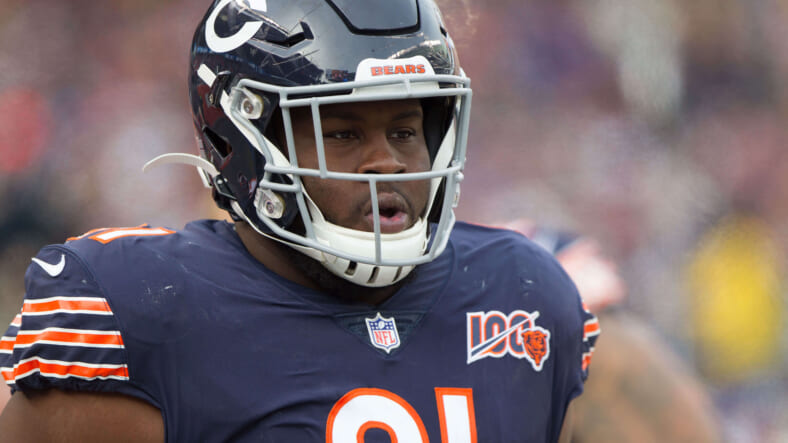 The date for the Chicago Bears to report to training camp continues to get closer and the biggest question on defense is the status of defensive tackle Eddie Goldman. After opting out of the 2020 season due to COVID-19 concerns, the expectation was that Goldman would be back in 2021. However, through OTA’s and minicamp, Goldman was rumored to be at Halas Hall but not participating in team workouts.

Goldman’s lack of participation led to questions about the DT’s status for the 2021 season. Video’s of Goldman have circulated around the internet in recent weeks but head coach Matt Nagy, defensive coordinator Sean Desai, and general manager Ryan Pace have all said the expectation is that Goldman returns in 2021.

Until the Bears officially report to Halas Hall on July 27th, there’s not necessarily a need to hit the panic button. In the past, especially with players that have missed a significant amount of time, Chicago has opted to ease players back into action. Nagy and his coaching staff could be taking a similar approach with Goldman, who hasn’t participated in any football workouts since the conclusion of the 2019 season.

The Bears know how valuable Goldman is to the defense. Comparing film on the 2019 Bears defense to the 2020 defense, it’s clear that Chicago took a step back in run defense. The reason is simple: Goldman’s absence allowed opposing offenses to run the ball up the middle, creating additional rushing opportunities.

Goldman’s presence also gives the Bears additional opportunities in the pass-rushing department. His willingness to take on double teams against offensive lineman allows for players such as Khalil Mack and Akiem Hicks to get after the quarterback. The Bears secondary also benefits from the presence of Goldman simply because an aggressive pass rush gives defensive backs some margin for error.

Until Goldman officially shows his face at training camp, there isn’t necessarily a reason to be concerned but this still a situation worth monitoring because Goldman’s presence could be the difference between a good and great Bears defense in 2021.