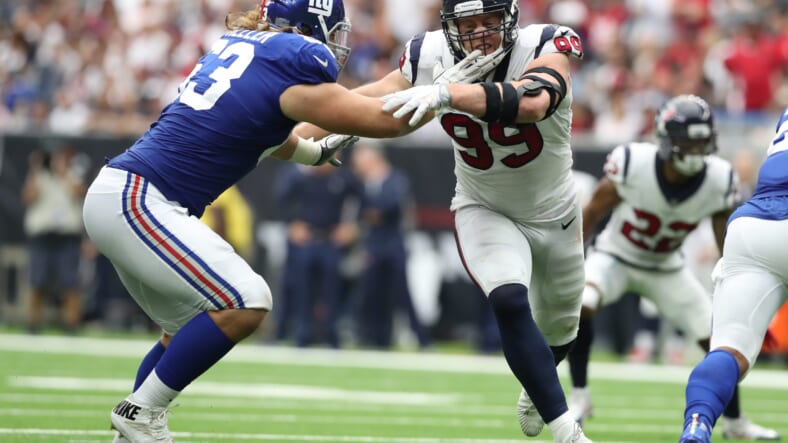 Despite a supposedly promising social media update earlier in the day, J.J. Watt will not join the Buffalo Bills.

Bills fans were enthused by a report from ESPN’s Field Yates, who claimed a Peloton profile belonging to Watt narrowed his free agency destinations down to Buffalo and two other contenders from Cleveland and Green Bay. However, Watt refuted ownership of such an exercise bike on Twitter and later revealed that he would instead be signing with the Arizona Cardinals in a separate post. The latter image shows the former Houston Texan lifting weights, clad in Cardinals gear, and is accompanied by the captions “source: me”. Per Ian Rapoport of NFL Network, the deal is worth $31 million over two seasons with $23 million guaranteed.

With this move, Watt joins fellow disgruntled former Texan DeAndre Hopkins, who united with quarterback Kyler Murray for 1,407 yards through the air.

Yates owned his refuted report, later threading the original Peloton tweet with a GIF of animated character Homer Simpson awkwardly disappearing into shrubs. It likely does nothing to soothe the blow dealt to Bills fans who wanted to see Watt in Western New York. Some Bills-supporting social media users, perhaps desperate, got their hopes up for such a union when Watt posted a tweet about “mitochondria” last week, reasoning a local medical research center in Buffalo bore the same name.

Though the Bills will miss out on Watt, he of three Defensive Player of the Year awards and 101 sacks over a ten-season career with the Texans, there are plenty of options available to them on the free agency front to bolster their pass rush, including Leonard Williams, Matt Judon, and Shaquil Barrett.