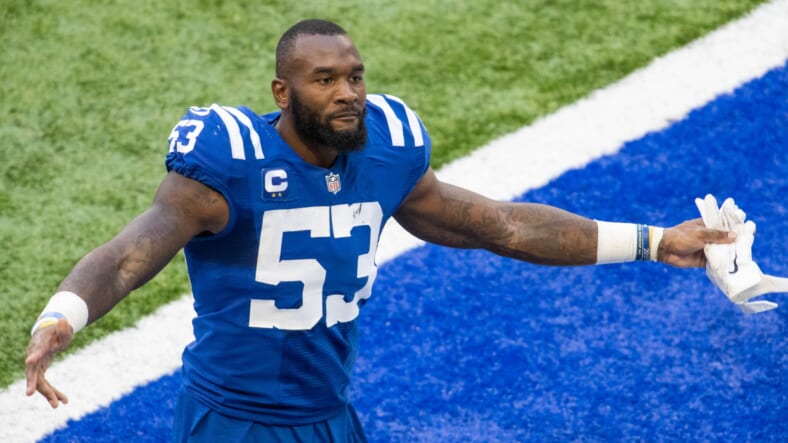 The Buffalo Bills (13-3) will face their former AFC East brethren in the first round of the 2021 NFL postseason.

The end of the American Football Conference’s regular season action has solidified its portion of the playoff bracket. Seeded in the second-slot, the BIlls will battle the seventh-ranked Indianapolis Colts in the Wild Card round of the postseason. It will be held next weekend on January 9 or 10.

Buffalo and Indianapolis are former AFC East rivals, with the Colts (then based in Baltimore) joining the division upon the AFL-NFL merger in 1970. They were shifted to the newly formed AFC South when the Houston Texans became the NFL’s 32nd franchise in 2002. There have been 70 prior meetings in the postseason between the Bills and Colts, with the former leading the series by a 37-32-1 tally. This Wild Card meeting will be their first postseason showdown.

Ironically, the Bills (13-3) partially allowed the Colts (11-5) to clinch a playoff spot, as their 56-26 destruction of the Miami Dolphins in Sunday’s early window put Indianapolis in a “win-and-in” situation against the Jacksonville Jaguars. Rookie running back Jonathan Taylor ran for 253 yards and two scores en route to a 28-14 victory.

The second-round pick out of Wisconsin (41st overall) has been one of the biggest reasons behind the Colts’ resurgence, having scored seven touchdowns over the last four games. His 1,169 rushing yards are the most amongst first-year players. Other talented in the Indianapolis roster include quarterback Phillip Rivers, receiver T.Y. Hilton, and linebacker Darius Leonard. The Colts have won five of their last seven games entering the playoffs.

Buffalo last faced Indianapolis in 2018, when the Colts took a 37-5 final at Lucas Oil Stadium. The last visit to Orchard Park was in December 2017, when the Bills earned a 13-7 overtime win in a blizzard.

Elsewhere on the AFC bracket, the Pittsburgh Steelers take on the Cleveland Browns while the Tennessee Titans host the Baltimore Ravens.

Time and television information will be announced in the near future, likely during the final overall regular season game of 2020, Sunday’s night NFC East deciding event between the Washington Football Team and the Philadelphia Eagles (8:20 p.m. ET, NBC). Washington will win that division if they take the tilt, while an Eagles victory secures the title and the playoff spot that comes with it to the New York Giants.

[UPDATE: 9:25 p.m. ET]]:Â The NFL has released times and dates for the first round of the playoffs, with the Bills-Colts showdown opening things up on Saturday, January 9. Kickoff is scheduled for 1:05 p.m. ET and will be broadcast on CBS.