Le’Veon Bell and the Buffalo Bills weren’t a match made to be, but that’s not a cause for concern for the AFC East leaders.

Buffalo Bell simply was not to be.

Despite reportedly keeping the Buffalo Bills on his shortlist, Le’Veon Bell opted to sign with the defending champion Kansas City Chiefs earlier this week. The three-time Pro Bowl running back spent less than 48 hours in free agency after his release from the New York Jets on Tuesday night, during the Bills’ 42-16 loss to the Tennessee Titans. Bell will not be eligible to play in the Chiefs’ Monday late afternoon meeting with the Bills (5 p.m. ET, ESPN), but is expected to join an already powerful offense headlined by Patrick Mahomes soon enough.

It may be a tough break for the Bills (4-1) to miss out on Bell, but ESM has three reasons why it’s not the end of Buffalo’s football world…

Don’t Get Caught Up in the Bell Drama

During his brief availability, Bell had reportedly narrowed his list down to three suitors: Buffalo, Kansas City, and the Miami Dolphins. Bell surely had football reasons for his whittling, but it’s probably no coincidence that each of those choices each had meetings with the Jets on their schedule (Bell wouldn’t have been ready for the Jets’ Sunday visit to South Beach, but the teams are scheduled to reunite in New Jersey on November 29).

That’s the type of “baggage” that the Bills simply didn’t need.

In the grand scheme of things, it probably wasn’t a dealbreaker, but a personal revenge story nonetheless removes focus from the ultimate goal of a win. The Bills’ rise to power has been done with relatively little drama and an emphasis on team performances. It’d be great, at least from a Buffalo standpoint, to see Bell go to a division rival and torch the Jets for 150 yards and two scores at MetLife Stadium. But that’s the type of thing the Bills don’t need to concern themselves with. This is a story about the Buffalo Bills…not the Buffalo Bells.

If the Bills really want to improve a rushing game that’s struggled to find traction in the early going (currently 28th in the NFL at 93.8 yards per game as top option Devin Singletary has struggled to regain his rookie season form), there are other names available, even on their own roster, that can help things out. The injured Zack Moss struggled in the early going (48 yards on 17 carries) but T.J. Yeldon made the most out of an extended opportunity in the loss to Tennessee on Tuesday (74 total yards and a receiving touchdown). If the Bills do opt to seek help elsewhere, serviceable options linger in the form of Spencer Ware and Bilal Powell.

Adjusting the run game, for better or worse, might be moot, however, because… 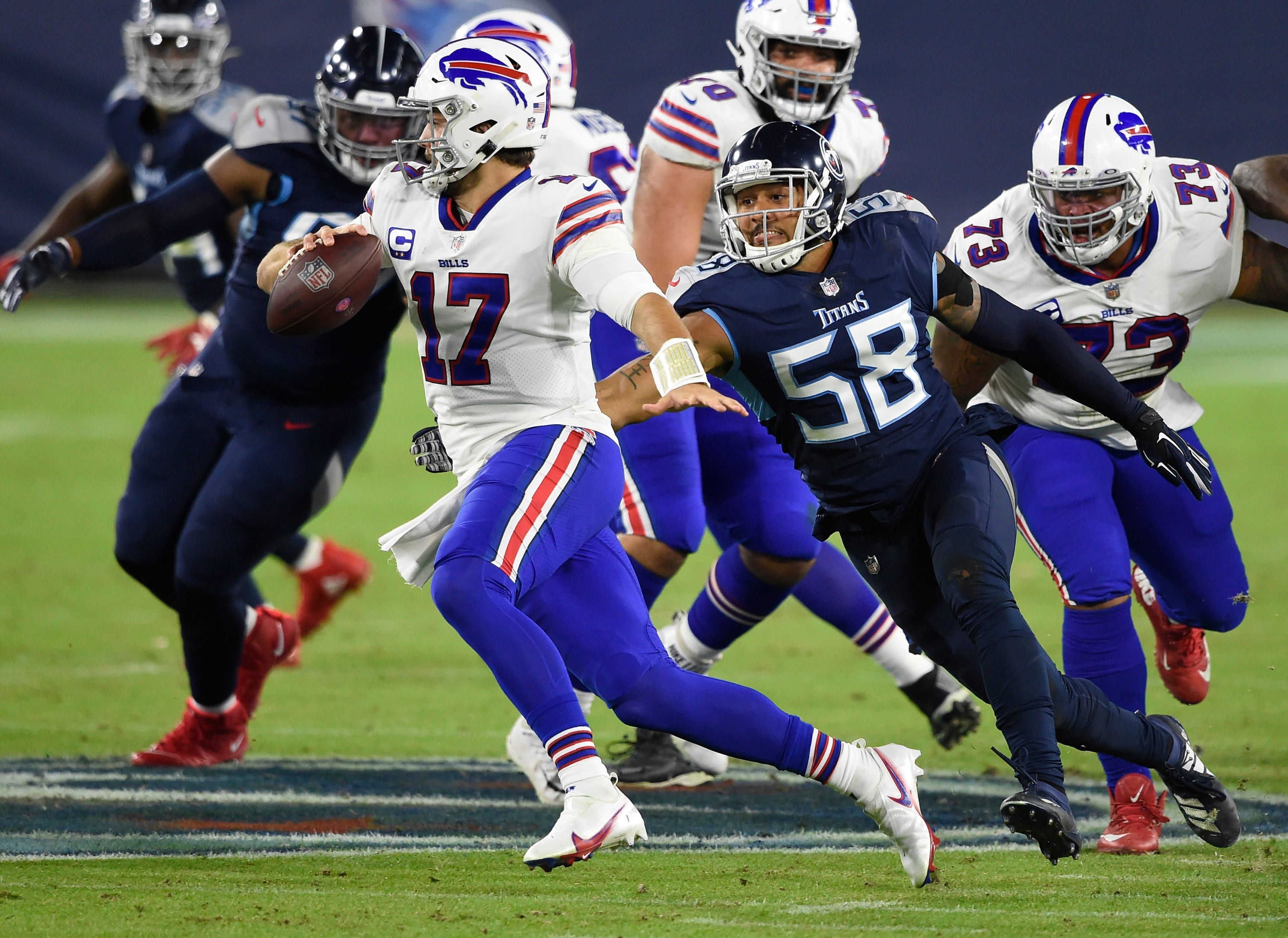 Rushing Isn’t the Problem on This Team

For the first time in this era of contention, the Bills are facing some true adversity. They might’ve faced some scrutiny after the narrow loss in Cleveland last November, but they went to four of their next five games to wrap up a playoff berth. Questions now surround Buffalo after suffering a one-sided loss to the Titans, with doubters questioning who they’ve beaten and if they’re really ready to dethrone the Patriots in the AFC East.

Adding Bell to the run game wasn’t going to answer that question either way.

Even if the top option Singletary has struggled in the early going (down to 3.9 yards a carry after averaging 5.1 last season), Buffalo has managed to procure a 4-1 record thus far. If anything, Josh Allen’s ability to partially sustain the ground game in the early going (a 3.5 average but 101 yards, 3 touchdowns) should only add to his MVP case. The passing game, bolstered by the addition of Stefon Diggs, has them situated as one of five NFL teams averaging 400 yards a game. If any outside help should be contacted…and the Bills have only about $4 million in cap space (which more than likely rules them out on a trade deadline candidate like David Johnson)…it should go toward the defense, namely the efforts in stopping the pass. The Bills let up just over 263 yards through the air a game (24th in the NFL), and matchups with the pass-happy Chiefs, Patriots, Seahawks, and Cardinals loom large before their Week 11 bye.

Problems on offense can be adjusted. Missing out on Bell stings now, but that wasn’t going to be the make-or-break move when it comes to a potential Buffalo Super Bowl run. Using whatever cap space they have would be much better spent on bolstering the defense.