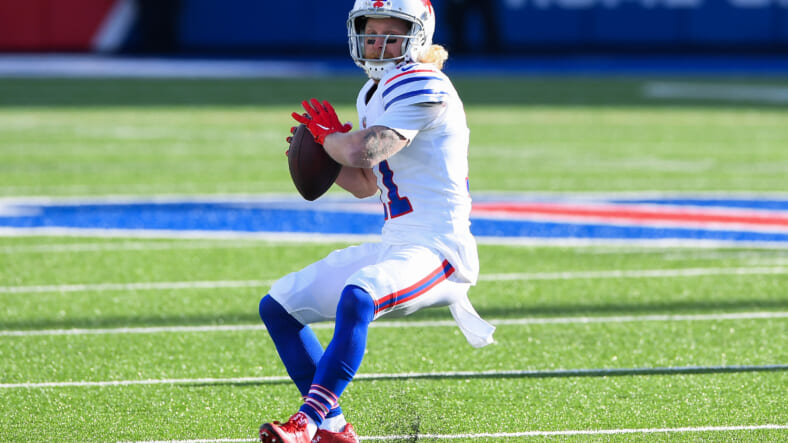 Beasley’s touchdown toss against Los Angeles is the Buffalo Bills’ second scoring pass from a non-QB this season.

It’s not likely that Cole Beasley will go down amongst the great passers in Buffalo Bills history, even if his official passer rating sticks at 158.3. Beasley joined fellow non-quarterbacks John Brown and Preston Ridlehuber as the only players in Bills history to earn a perfect mark in the category on Sunday. Buffalo trickery led to the receiver tossing a 20-yard touchdown pass to Gabriel Davis during a tilt against the Los Angeles Chargers at Bills Stadium en route to a 27-17 victory. It was similar antics that allowed the rusher Ridlehuber and the receiver Brown to likewise earn passing scores in 1969 and 2019 respectively (Beasley’s current teammate Brown also had a scoring throw in last year’s playoff cameo in Houston).Â

The Bills (8-3) were able to pass the play off as a bubble screen, with Beasley taking a pass behind the line of scrimmage from regular quarterback Josh Allen. Davis faked a block before heading downfield, drawing the Chargers’ attention to Beasley. With the ruse in full swing, Beasley lobbed the ball to a wide open Davis, helping the rookie catcher earn his fourth touchdown pass of the season and to give Buffalo a 14-6 lead in the second quarter.

According to Davis, the gridiron sorcery was several weeks in the making, giving him full confidence that the deception would work.Â

“I knew it was going to work,” Davis said, per Jourdan LaBarbour of BuffaloBills.com. “We run a lot of those bubble screens, so as soon as I saw (Chargers cornerback Chris Harris) shoot, I just knew the ball was coming to me and Cole was able to, you know, put a dart. He said he threw it kind of hard to get it in there but…it was a softball. It was an easy catch and I’m glad we could make that connection.” 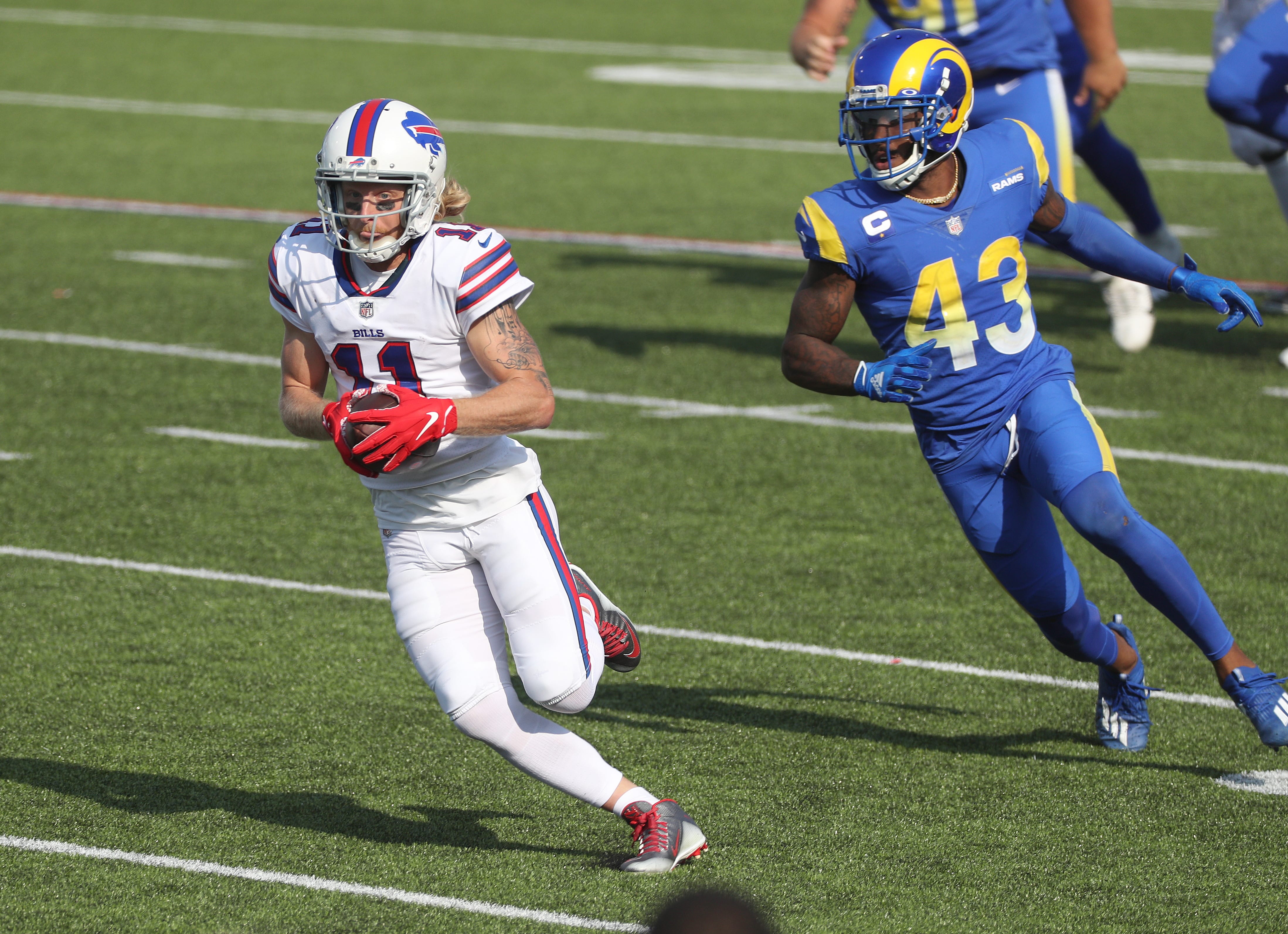 Beasley became the second Bills receiver to flip the narrative of a touchdown pass this season, joining Isaiah McKenzie. The latter threw a four-yard pass to Allen in the infamous loss to Arizona earlier this month. Alas for McKenzie, the passer rating formula left him just short of a perfect mark at 156.2. Since 2018, Buffalo is tied with division rival Miami for the most touchdown passes thrown by a non-quarterback (4, including postseason).Â

“My feet weren’t set right, it was really ugly, but it got there. I’ll take it,” Beasley analyzed in LaBarbour’s report. “I was trying to get them to come up and think it was a bubble screen. I just had to have eyes on the safety, make sure he’s not coming over back there. The guys were guarding the guys going deep, so I had a chance to throw it.”

If anyone on the Bills was ready for aerial duplicity, it was likely going to be Beasley. The 31-year-old previously served as an option quarterback at Little Elm (TX) High School, earning 5,071 yards and 40 touchdowns through the air and on the ground combined over two varsity seasons. He did not attempt any passes during his college years at Southern Methodist but got two chances during his seven-year tenure with the Dallas Cowboys, both falling incomplete.Â

In addition to his self-deprecation, Beasley was happy to chalk the highlight up to a team effort, complimenting both his blockers and offensive coordinator Brian Daboll.

â€œ(The blockers) sell it more than I do,â€ Beasley said, per Mark Gaughan of the Buffalo News. â€œThey sell it with the blocks. They give like a three count and then they go. I was trying to get them to come up and thinking it was a bubble screen. I just had to have eyes on the safety, make sure heâ€™s not coming over back there.â€

â€œ(Daboll) has done a good job of mixing it up,” he continued in another report from David De Cristofaro of Bills Wire. “He does a good job of keeping them off-balanced and that was one of those times right there.â€

Before anyone tells Beasley to stick to his day job, they should be advised that he’s been posting strong numbers on the receiving ledgers as well. He’s currently on pace to set career-highs in nearly every major statistical category, standing at 667 yards on 57 receptions, three of which have gone for touchdowns.Â

Allen has praised Beasley for stepping up in recent weeks, particularly with Brown forced out due to an ankle sprain.Â

“Cole is very instinctive. Heâ€™s a very smart player,â€ Allen said prior to the Chargers’ visit, per AJ Feldman of RochesterFirst.com. â€œHe knows what windows to kind of throttle down into and get out of and itâ€™s just something weâ€™ve talked about an extreme amount. Weâ€™ve watched a lot of film together.â€

“I trust him implicitly whenever he breaks in or breaks out. I trust that he did his due diligence of peaking where the defense was. The majority of the time heâ€™s 100 percent correct.â€

Beasley and the Bills return to action on Monday night against the San Francisco 49ers in a game moved to State Farm Stadium in Glendale, AZ (8:15 p.m. ET, ESPN).