Buffalo Bills: Cody Ford out for the year, John Brown to miss Sunday 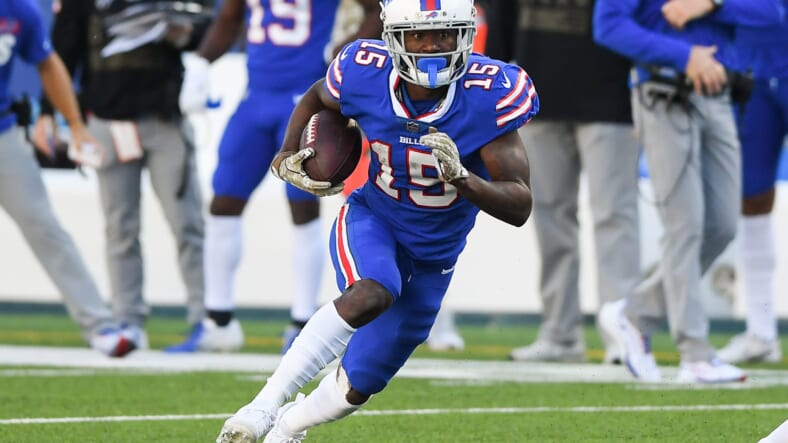 The Buffalo Bills lose two key pieces of their offense to injury as they prepare to enter a crucial final stretch.

As the Buffalo Bills prepare for a crucial final stretch that could lead to a long-sought division title, they’ll be without two of their key offensive starters, one of which will be done for the year.

Buffalo head coach Sean McDermott announced on WGR 550 that offensive lineman Cody Ford will miss the remainder of the season after suffering a knee injury in Wednesday’s practice and that receiver John Brown (ankle) will miss at least the next game against the Los Angeles Chargers on Sunday (1 p.m. ET, CBS). The Bills (7-3) are looking to clinch their first division title since 1995 and lead the Miami Dolphins a game for the AFC East lead.

According to NFL Network’s Ian Rapoport, Ford suffered a torn meniscus and will undergo surgery that will feature a 3-4 month recovery period. It’s the latest blow to a Bills’ offensive line that has seen its share of medical absences. Ford had already missed three games due to other injuries and Jon Feliciano missed the first seven contests after tearing a pectoral muscle before the start of training camp. Mitch Morse has also missed time, and further turnover came when Quinton Spain was released. Ford’s duties will likely be assumed by a combination of Feliciano, Brian Winters, and Ike Boettger.

Brown’s injury is the latest in what’s been a star-crossed season. A calf injury sustained during the third game of the season previously forced him out and he was previously removed from the Bills’ last game in Arizona with an ankle ailment. The injuries have prevented Brown from capitalizing on a career-best 72 receptions and 1,060 yards from last season’s playoff trek.

In other injury news, defensive end Mario Addison (knee) missed Wednesday’s practice. His status for Sunday has yet to be determined.