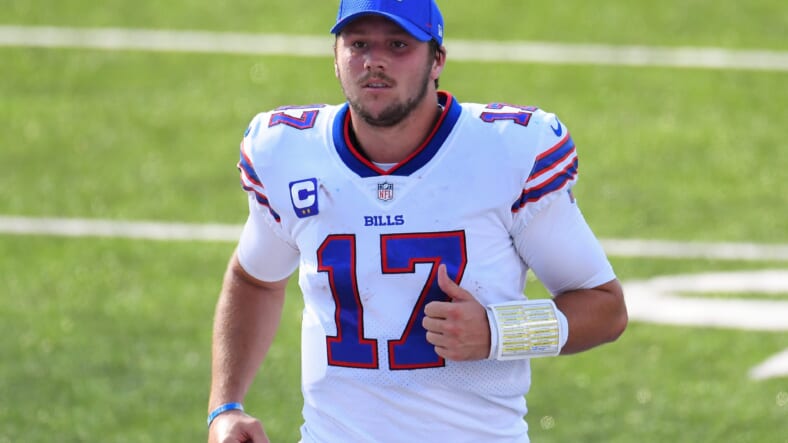 The changing of the guard in the AFC East was officially completed with the Buffalo Bills’ blowout win in Foxboro.

The holiday may be a time for forgiveness and unity…but the Buffalo Bills weren’t interested in bestowing such virtues against one of their greatest tormenters.

Buffalo (12-3) put up 476 yards of offense and watched Josh Allen and Stefon Diggs make team history in their seasonal wrap-up with the New England Patriots. The ensuing 38-9 victory allowed the Bills to clinch their first season sweep of the six-time champions since 1999. They also earned the most one-sided victory for an opponent at Gillette Stadium since its opening in 2002, breaking a record set my the San Francisco 49ers earlier this season.

The Bills are no longer able to catch the Kansas City Chiefs for the top seed in the AFC playoffs but are now guaranteed to place no worse than third in the opening bracket. Buffalo currently holds the second seed thanks to a head-to-head tiebreaker with Pittsburgh. Such a seeding will also allow the Bills to avoid the defending champion Chiefs until the potential conference title game.

Smith is one of two leftovers from the Bills’ postseason drought, currently in the midst of his second stint and sixth season with a charging buffalo on his helmet. Used primarily as a blocker, Smith almost got into the scorebook last week but his touchdown in Denver was erased by a penalty. The Buffalo offense had him covered this time around, though, as he would score a four-yard touchdown in the latter stages of the first half to put Buffalo up 17-9. Smith would later earn a 27-yard reception in the fourth quarter to set up Allen and Diggs’ third and final scoring hookup on the evening. His 31-yard output was his highest since November 2018, when he was a member of the Raiders.

Josh Allen and Stefon Diggs having their way with the Patriots' defense ? (via @NFL) pic.twitter.com/ege0h7ryEu

Another week, another breakthrough performance for Allen, who is eliminating any remaining doubters he had left. More Buffalo history awaited him on Monday, as Allen’s fourth and final score of the evening, his 34th of the season, broke Jim Kelly’s single-season record for touchdown passes. That mark had stood since 1991. Relieved for Matt Barkley in the fourth quarter, Allen is 40 yards away from breaking Drew Bledsoe’s record tally for single-campaign yardage.

Finally armed with a team capable of conquering the AFC East, the Bills were more than happy to flex their muscles in front of a New England team that has bullied them since the turn of the century. Diggs, engaged in a war of words with J.C. Jackson all night, and his incredible run-after-the-catch prowess were some of their most prominent displays of supremacy, His 50-yard score just before halftime more or less snapped the Patriots’ will. That score allowed Diggs to make Buffalo history in style, as he surpassed a pair of historic years from Eric Moulds to become the Bills’ single-season leader in receiving yardage. Diggs is also on pace to finish the year as the NFL’s leader in both receptions and yardage, which would be a first for a Bill in both categories.