Where do sports fit into White House reopening plan? 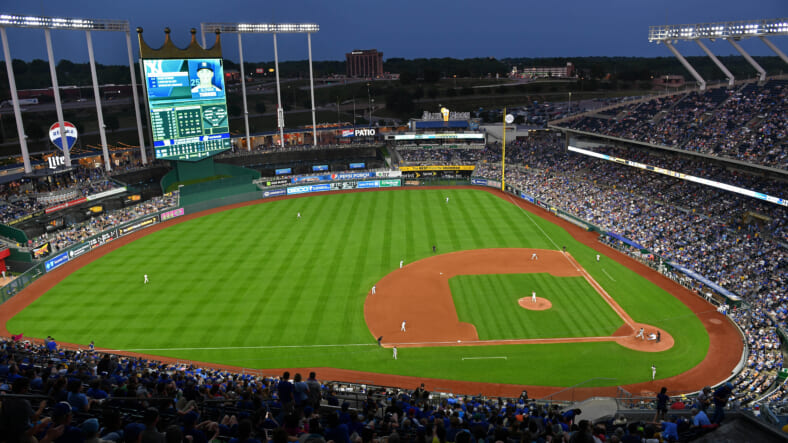 On Thursday, President Donald Trump and his staff unveiled a plan on criteria for reopening America from the COVID-19 crisis. There are three phases in the program, and states will enter each phase on their own. Where do sports fit into the entire equation?

Trump and his staff have said that sports should be safe enough to continue in a few months with guidelines. The most important guideline is that games and events will have no attendance, likely until a treatment or vaccine for coronavirus is discovered.

In phase one of Trump’s plan, large venues can “operate under strict physical distancing protocols.” For sports, this would likely mean just teams and staff are permitted at events. Gyms would also reopen during this phase.

Phase two says that large venues can “operate under moderate physical distancing protocols.” Maybe at this stage, teams could shift back to home cities instead of a centralized location and play games with limited attendance.

Phase three states that large venues can “operate under limited physical distancing protocols,” meaning a relatively full attendance at events would be permitted.

Again, each state has its discretion on when to transition into each phase. Many states are in alliances with other states and will put in protocols at the same time. For example, there is a mid-west alliance and a Northeast alliance.

To have fans be at games and teams return to their own stadiums, we would likely have to see all 50 states into phase two or three. Some states will enter the phases earlier than others, dependent on the COVID-19 situation in each state. California doesn’t expect large events to take place again this year, and its unlikely New York City allows fans to pack Yankee Stadium or MSG again this year.

But, we’ll have to see how the coming weeks play out and when each state will start to enter each phase.