Should The Brooklyn Nets Consider Trading DeAndre Jordan As The Trade Deadline Approaches? 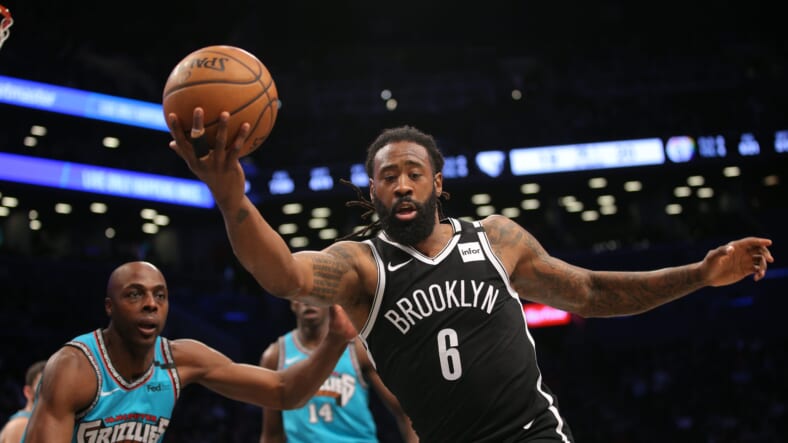 The Brooklyn Nets are on fire right now. Currently coming off an eight-game winning streak, the Nets are playing at an extraordinarily dominant level that has led them all the way to second place in the East with a mere .5 game back from first (ESPN).

This success has been predicated on their offensive production, led by Brooklyn’s elite big three in Kevin Durant, James Harden, and Kyrie Irving. Leading the NBA in points with 120.7 per game, the Nets have founded their success by overwhelming their opponents with offensive fortitude and finesse (ESPN). Just to give you an idea, Durant, Irving, and Joe Harris are all shooting over 50% on the season, producing a level of consistency that is hard to come by in the NBA (ESPN).

However, the Nets have 13 losses for a reason, and at the heart of that blemish is their defense. Defensively, the Nets rank 27th in the league in points per game and have allowed their opponents to shoot 46.9% from the field (ESPN). Their small ball approach is certainly to blame for this to an extent, but the core issue for the Nets defensively is their inability to produce any sort of interior defense and prevent teams from carving them up inside. Although Durant minimizes that when he’s on the floor, it still remains to be the greatest thorn in the side of this Nets team. And the biggest cause for this dilemma, is an out-of-his-prime DeAndre Jordan.

In all fairness, there’s only so much you can pin on Jordan, especially when he has stretch, power forwards in Durant, and Jeff Green alongside him who don’t dwell in the paint. But at the end of the day, Jordan is turning 33 this summer and is simply not the menacing center he used to be 7 years ago (ESPN). In addition, it appears that head coach Steve Nash will stick with this small ball approach, and as a result, Jordan would have to continue to handle most of the heavy lifting inside, which he’s struggled with throughout this season. And no matter how well the Nets are playing right now, they will need a much stronger interior presence in the paint if they want to reach the NBA Finals.

Essentially, this is why the Nets should look to trade Jordan and a couple of other players from their roster for another premier big man who could fulfill the role the Nets need so desperately inside. The trade deadline is on March 25th, so the Nets do have some time to work with. However, despite such, the Nets don’t have a vast variety of options to choose from and shouldn’t take too long to make their decision. And with the month of March just a few days away, it is of the utmost importance that the Nets target and trade for the best rebounding center in the NBA, in Andre Drummond.

Is this bold, far-fetched, and probably unrealistic, absolutely. But trading for Drummond would not only make for a near-perfect fit for this starting five but, above all, is a trade that could actually come to fruition; it’s just a matter of how forthcoming the Nets will choose to be when making the necessary sacrifices to execute it. You see, Drummond is in his prime, but at the same time, the Cleveland Cavaliers are in the midst of a full-on rebuild project and will want a substantial amount of compensation in return. And since draft picks from the Nets won’t hold that much value, Brooklyn will need to offer a convincing trade package instead. Although they have a handful of different players to choose from, the best trade offer the Nets can pitch to the Cavaliers consists of the following:

After already giving up Jarrett Allen, Caris LeVert, and Taurean Prince, it might be difficult for some Nets fans to accept another major overhaul that would send three of their best role players to the Cavaliers. But believe it or not, this trade works out really well for both teams.

For starters, the Cavaliers already have two centers in Allen and JaVale McGee, so Jordan would potentially be passed along to another team the Cavaliers could trade him to. But outside of that, Cleveland would receive two good, young guards that would help reinforce a backcourt that doesn’t have a whole lot of depth behind Collin Sexton and Darius Garland. Dinwiddie is most likely out for the remainder of the season but is still in his prime and would uplift the Cavaliers backcourt significantly when healthy. On top of that, he has fantastic chemistry with Allen from their days together in Brooklyn, so bringing him to Cleveland would really improve their offensive cohesion. Luwawu-Cabarrot, on the other hand, is healthy and a rising talent the Cavaliers could benefit from having. Providing scrappy perimeter defense, solid rebounding, and a natural ability to score, Luwawu-Cabarrot is a bright, young prospect that the Cavaliers could really use off the bench.

In regards to the Nets side of the deal (outside of receiving Drummond), sending these three players is also quite helpful for the development and progress of this team and for the following reasons. First and foremost, after Harden arrived earlier this year, there’s just no room for the kind of role and minutes Dinwiddie would want and requires. At age 26, Dinwiddie is entering his prime, and there’s just no way he’s going to accept 20 minutes off the bench. Moreover, the Nets also have a lot of guards on their team, and although someone like Luwawu-Cabarrot brings great depth, there’s just no need to hold onto him when you have Bruce Brown, Landry Shamet, and Tyler Johnson already handling a large load of the guard duties off the bench. Although removing Jordan from their starting lineup might be a bit disruptive, bringing in the best rebounder in the league eradicates that void almost immediately.

At the end of it all, the Nets have done a lot to get their team on track, so it’s hard to predict if they will actually go forward with this trade proposal. But if they want to give this franchise a real chance at winning their first championship title, it’s in their best interest to trade for Andre Drummond.