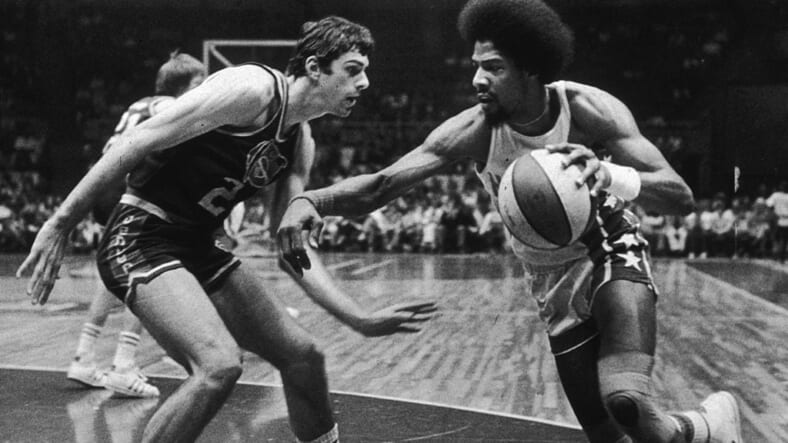 On May 13th, 1976, Julius Erving and the New York Nets defeated the Nuggets 112 – 106 in Game 6 of the ABA Finals in Nassau Coliseum to win their 2nd ABA championship in 3 years. With Dr. J leading the way, the team also had several players who would play in the NBA later in their career, including Al Skinner, John Williamson, and Brian Taylor.

Before their NBA tenure, the Nets were a force to be reckoned with in the ABA. Their star? Julius “Dr. J” Erving. a man who would go on to be one of the greatest players in the history of the league. Before his 11 dominant years in the NBA, Erving was the king of the ABA, averaging close to 30 a game during his 5 years in the ABA. He won 2 ABA championships in 3 years with the Nets. One could say, he was the Michael Jordan of the ABA.

For those who are not as familiar with Julius Erving’s body of work, check out this video of several highlights from his Nets career: