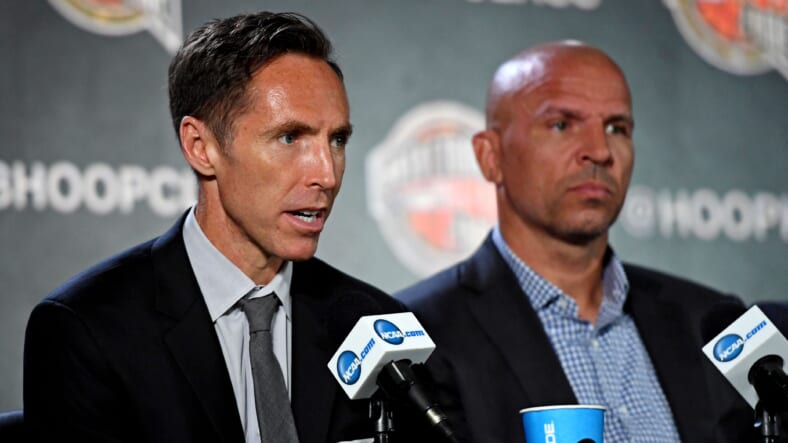 In what is already turning into another wild offseason for the Brooklyn Nets, it was announced that the Nets will be finalizing terms with Mike D’Antoni and Ime Udoka to become assistant coaches under new Head Coach Steve Nash.

Adrian Wojnarowski was the first to break the news via Twitter. D’Antoni joins two of his former players in Nash and Stoudemire, both of whom helped D’Antoni gain notoriety as one of the most brilliant offensive minds in basketball during the mid to late 2000s. The real question is, in terms of importance to the team, where do these assistant coaches rank amongst each other?

Ranking Brooklyn’s Assistant Coaches from Most Important to Least

#1 – Mike D’Antoni is coming off a 4-year run in Houston that included 4 straight Conference Semifinals berths, no easy feat in the daunting Western Conference. He is still respected around the league as a brilliant offensive mind and was able to manage personalities such as James Harden, Chris Paul, and Russell Westbrook. Marks is hoping that D’Antoni will be able to not only support Nash but also figure out the best way for two ball-dominant superstars in Kyrie and KD to maximize their effectiveness together. Perhaps, Nash and D’Antoni will implement a more fast-paced, high-scoring offense as they executed to perfection during their tenure together in Phoenix. Because of his pedigree, I think D’Antoni should be ranked #1.

#2 – Jacque Vaughn is STILL the top assistant to Nash and has the most familiarity with the young players on this team. Vaughn proved he isn’t afraid of the spotlight during his run in the Orlando bubble as interim Head Coach. The Nets played hard and fought for Vaughn down the stretch, and while he was swept in the playoffs by Toronto, Marks felt it was important to keep Vaughn on the staff even with the hire of Nash. Because of these reasons, JV is my #2 most important assistant coach on this staff.

#3 Ime Udoka, a name many may be slightly less familiar with, Udoka spent last season in Philadelphia and received several interviews for Head Coaching positions, one interview being with the New York Knicks, but ultimately agreed to join Brooklyn’s coaching staff as an assistant. Udoka served under Gregg Popovich in San Antonio for seven years before Philadelphia and won a ring with Sean Marks in 2014 when the two were on the same coaching staff together. A 7 year NBA veteran and a longtime assistant to Pop, Udoka the #3 assistant coach rank. FUN FACT: Udoka has been dating the beautiful actress, Nia Long, since 2010 (according to Wikipedia).

#4 Adam Harrington has been with the Nets organization since 2016 as an assistant and is definitely one of the more popular names amongst present and past players. Harrington can be seen on Twitter tweeting out videos of ball handling drills with his children or playfully responding to a picture of Joe Harris’s family as they engage in Halloween activities. A former NBA player himself, Adam has done a great job of engaging with players on this roster since he’s been here, most notably developing a fantastic relationship with Spencer Dinwiddie during Spence’s growth as a player. Harrington is my #4 selection

#5 Amare Stoudemire’s basketball accomplishments, both in the NBA and abroad, speak for themselves. As someone who has worked with Nash and D’Antoni in the past, he should be an easy fit with this new Brooklyn Nets culture. But don’t get it twisted; Stoudemire has one job and one job only. And that’s to continue to develop Jarrett Allen and Nic Claxton. Hopefully, with Stoudemire’s guidance, Allen will be able to improve his overall offensive game, and Claxton will be able to find his offensive game. Even though he is coming off a championship with Maccabi Tel Aviv, his lack of coaching experience puts him #5 on my list.

Hope you enjoyed my ranking of Steve Nash’s assistant coaches, be sure to check out our Facebook,Â Twitter, andÂ InstagramÂ for your latest Brooklyn Nets news and listen to theÂ Fireside Nets w/ Spen & Nick podcast!