Brooklyn Nets: Jason Collins says having Coronvirus was “Sickest I’ve Ever Been In My Life” 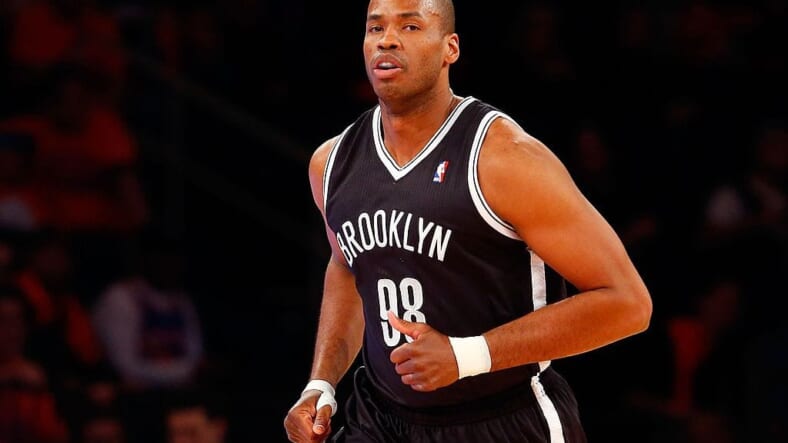 NEW YORK, NY – APRIL 02: (NEW YORK DAILIES OUT) Jason Collins #98 of the Brooklyn Nets in action against the New York Knicks at Madison Square Garden on April 2, 2014 in New York City. The Knicks defeated the Nets 110-81. NOTE TO USER: User expressly acknowledges and agrees that, by downloading and/or using this Photograph, user is consenting to the terms and conditions of the Getty Images License Agreement. (Photo by Jim McIsaac/Getty Images)

Jason Collins has been one of several former athletes to have contracted COVID-19 in the last month. Collins played in the NBA for 15 seasons from 2001 – 2014, his most prominent years being with the New Jersey Nets. Collins recently opened up to Stefan Bondy of the New York Daily NewsÂ about what it has been like for the former Brooklyn Nets center to deal with this virus.

Even as a recently retired professional athlete, Dealing with COVID-19 No Joke

Jason Collins believes he contracted the virus in early March during a trip to Barclays Center when he attended the Brooklyn Nets Pride Night Game. He first started experiencing symptoms on March 11th.Â  Collins, along with Chris Cuomo, has been one of the public figures to address in detail what the side effects of the Coronavirus have been like.

He explained that even though he knew he had COVID-19, Collins didn’t start to worry until the ninth day when he began to feel severe chest pains. “It felt like I got punched by Mike Tyson,” Collins explained to Bondy. “Like Mike Tyson in his prime, right in the heart. And all the feeling that was associated with that.” Collins says it felt like he was having a heart attack, and checked himself into the hospital a day later. The doctors explained that is what the peak of the virus feels like and that his heart was just fine.

“It was definitely the sickest I’ve ever been in my life,” Collins relayed to Bondy. Hopefully, shared experiences from public figures such as Collins and Cuomo can help those who have been dealing with similar symptoms but have not yet been confirmed to have the virus.

To end this story on a positive note, Collins is “fully recovered and equipped with coronavirus antibodies,” according to Stefan Bondy and New York Daily News. We hope those dealing with the virus can find inspiration from his story and recover as soon as possible.