Brooklyn Nets: Big Contract Plus Injuries, Caris LeVert Remains To Be A Risk 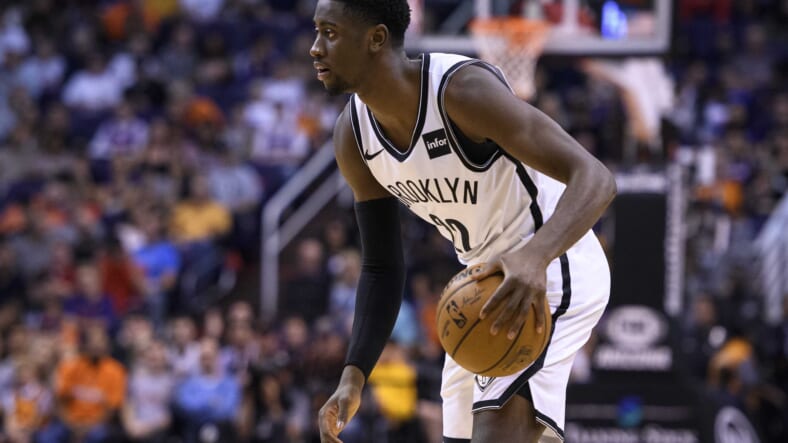 Last August on his birthday, Brooklyn Nets‘ Caris LeVert accepted a 3-year, $52.5 million-dollar contract extension with the Brooklyn Nets. Midway through his fourth season at the young age of 25, LeVert continues to be a bright prospect with plenty of raw talent (ESPN). However, at the very same time, many have yet to really see his potential blossom and come to fruition. Essentially, it’s really hard not to wonder if Caris LeVert is one of the newest youngsters to join the “Getting Paid Too Much Too Soon” club of players in NBA history.

In four seasons with the NBA, Caris has never played a full 82 games; in fact, he’s managed to play over 70 games just once in his career (ESPN). So far, this season hasn’t been much different. LeVert just came back on January 4th from a thumb injury after being sidelined since early November last year (ESPN).

The inevitable fact with Caris LeVert is that this contract decision was a big risk at a substantial cost. Health is such a fickle component of the game of basketball, and the Nets have grown to understand that more than any other team in the league with Kevin Durant, Kyrie Irving and Caris missing so much time collectively. However, the difference between those three players is that Caris is no Kyrie and no KD. It’s understandable to be patient with two mega superstars, but Caris has so much yet to prove, and that can only be exposed with consistency which he hasn’t been able to deliver.

Despite getting more minutes and scoring more points, dropping 15.6 ppg with 4.1 RPG in 14 games played, Caris LeVert remains to be a vulnerable and unpredictable situation that the Nets need to manage and structure properly (ESPN). And the best way to maximize his worth is to make Caris LeVert their new Sixth Man. This will not only grant LeVert ample minutes to grow and produce but will also not be overloading, a physical burden that could jeopardize his playing time.

In addition, Caris needs to be placed in a role that caters to his strength. LeVert is a tough fit with ball-dominant scorers Kevin Durant and Kyrie Irving in the mix. And much like both these superstars, Caris is a scoring talent himself that not only would be hindered by both Kyrie and KD’s offensive production but would also restrain the tandem’s ability to maximize their demand and output. Playing alongside Kyrie and KD amongst the starters next season essentially wouldn’t allow LeVert to embrace what he’s good at, which is scoring.

Let’s look, for example, at how valuable the standout shooting guard and multiple Sixth Man Award Winner Lou Williams has been for a star-studded Clippers team this year: He’s currently dropping 20 ppg with over 6 APG off the bench (ESPN). It’s an underappreciated role that is vital to have on a championship-caliber team. And for someone that has had such a hard time staying healthy, the Sixth Man position is the best role for Caris LeVert to capitalize on his potential in becoming the elite scorer he can be.

As of right now, the Nets have Caris coming off the bench but are not ruling out the possibility of reinserting him as a starter. After their loss to Orlando on January 6th, Coach Kenny Atkinson reaffirmed during the postgame press conference on YES Network that he does not have a concrete decision yet on whether he intends to keep Caris’s role strictly off the bench:

“I haven’t decided; with a little more minutes, we’ll look at it and we’ll talk to the coaches and see what we can do.”

If the Nets intend to make him a starter, especially next season with Kyrie and KD, Caris LeVert’s probability of living up to his contract could become much more unlikely.

Injury-prone players will always be vulnerable when they return to the court. However, the level of susceptibility can be lowered or increased based on how the player is managed, and that’s what it’s going to come down to for LeVert and the Nets. The Nets obviously want Caris to be an influential player in their lineup and have demonstrated with their contract extension, that they will be patient with him. But what continues to be a risk is the amount of caution they are choosing to implement with LeVert and the role they want him to own. And after paying him a considerable sum last year, granting Caris LeVert big minutes and a starting position, remains to be a dicey gamble for the Brooklyn Nets.